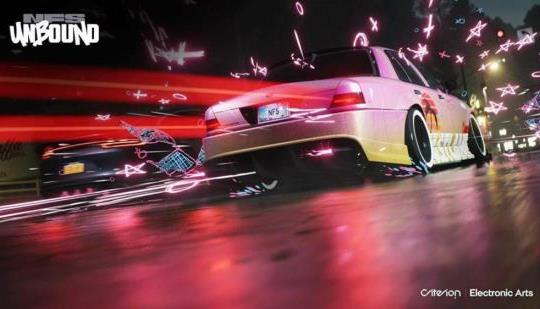 With the release of Need for Speed Unbound this week, Criterion Games is properly back. Not that the Guildford studio's been away, of course, but in recent years its role shifted towards a support studio, lending a hand with the Battlefront and Battlefield series among others - and its last standalone title was the X-Wing VR mission for Star Wars Battlefront back in 2016.

eurogamer.net
Criterion Games 'Would Love' to Return to Burnout Series in the Futurepushsquare.comMaximusPrime_

You were competition just like every other racing game developer that were either bought to kill that competition, acquire your game engine and franchise or task you to make EA games. Sometimes all of the above.

When you no longer have the freedom to make your own game that was just as good and in some cases, better than N4S. When developers leave where you're no longer the same group, you know then, that you have become mostly a slave to the machine. If EA isn't willing, your hoping really doesn't matter.

"Now get back to work making N4S!" (EA Cracks whip)

At this point, I don't even want the franchise back with the way EA is currently. It would be turned into a shell of its former glory and be only recognizable in name only (exactly like Need For Speed).

They kinda did that already with what was the best Burnout game (in my opinion): Burnout Revenge.

More of that, less Paradise, please.

Finally someone who shares my opinion! Burnout 3 and Revenge were the best of Burnout. Paradise was the beginning of the end of the franchise.

I would love a remaster or remake of Burnout: takedown and revenge ..two best Burnout games for me

Burnout has never left. it is all intertwined in Payback, Heat and now in Unbounded. we don't need any more Burnout wannabes. we want a Real NFS!!!! Damn it.
NFS is only a Shell of its Glory day's now.

Playing burnout 3 at the moment actually, it's even better than I remember it.

Are they properly back, though? When I'm looking at the clips from Unbound it feels like current Criterion is a shadow of the former self.

With current day EA? No thanks. I'll stick to my copy of burnout revenge on the PS2.

If EA want to see a real return of the burnout franchise, then maybe they could ask Sean Murray (no man's sky) if he'd like to come back to EA as well. He worked on the originals upto 3. Most likely he wouldn't though lol