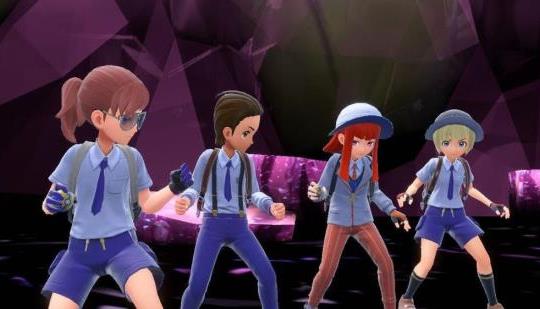 From VGC: "A Pokémon Scarlet and Violet player has claimed that the game’s online multiplayer battles are fundamentally flawed.

The Battle Stadium mode, where players can take on others from around the world, reportedly uses the same RNG seed for each battle, according to Twitter user Sibuna_Switch.

What this essentially means in practice is that the ‘random’ numbers the game calculates for things like move accuracy are the same every time."

Lol. These devs must have to try to be this lazy… please give the reigns to someone else nintendo. Or restructure gamefreak. Do something.

you know ive always wondered.
are the 3d pkmn so bad because of budget reasons?
time restrictions?
or is gamefreak as a dev team that incompetent? or, maybe thats the wrong word for it, maybe not as experienced?

PhillyDillyDee71d ago (Edited 71d ago )

The game isn’t terrible. In fact, other than the performance, its the best pokemon has ever been overall. But It could just be sooooo much better. Its clear they are doing the bare minimum at this point. another, more talented studio would (hopefully) be an incredible change for the series.

I love how terrible this game is.

Well, as many have said, it'll never get any better when they continue to sell insane quantities (10 million copies of this in 3 days!!!). Pokémon titles probably get production budgets 1/10th your average AAA production, but still command $60 MSRPs with mediocre graphics & fairly simple mechanics. Why would they push the boundaries on anything when their customers reward them handsomely? I guess if that audience is happy with what they are getting, who am I to judge.

However, I feel like this thought process kind of pervades a lot of other Nintendo titles this gen as well.

It just feels like for every BotW, there's 10 lower effort, lower production value games Big N puts out. And if they were budget $30-40 titles, I'd probably have less issue and be more inclined to take a punt on some of them. Or if they would even do 50% off sales basically ever, even if it took 4 years after release. But instead, my Switch has gotten barely any playtime outside my first year of ownership. It's just not a console for someone like me, it just occasionally throws me a bone with a great game like Odyssey or BotW now & again.