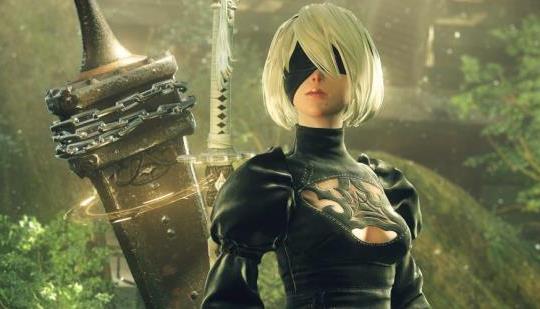 No Game Has Taken A Bigger Risk Than Nier: Automata

God of War Ragnarok, Sonic Frontiers, and Pokemon Scarlet & Violet have all been described as risky games, but none compare to Nier: Automata

Yeah those games all took much more serious risks. I was blown away that Mirror's Edge even got greenlit, especially when it was from the Battlefield devs. What major risk did Nier Automata take?

Mirror's Edge was such a breath of fresh air. I had never even played anything remotely close to that game and I really loved the clean visual style they went for. I would actually love to see a remake of that game and see what they can do with the visuals.

Monolith Software took a massive risk with Xenoblade Chronicles. They were internally on a brink of financial catastrophy, and Takahashi-san mentioned the team felt this will be the final game they can ever work at this scale with him and in the company, and thus poured their soul and heart into the game. It became a cult classic, and prompted the M&A with Nintendo which saved them. Now they are thriving.

Also, I think Nier: Replicant, and Demon's Souls was higher risk products than Automata. If you examine it closely, Replicant's themes were mostly bathing in despair (most characters died, including side quest characters, and were genuinely suffering etc.). Automata's overall theme is similar, but given it came out later, and Drakengard 3's poor sales, I'd say Replicant itself was a much riskier project.

I bet you spent well over 1k on Nier “collectables”.

The entire game’s existence is built upon the secret ending of a PS2 game that came out decades ago none of us played.

I did and wasn't that game a bigger risk than Automata, where as Automata had people that experienced Nier before to spread some word, Nier did not?

I played all drakengard games

i thjnk even drakengard 2 and 3 were a risk. more so than Automata

of course is risky when you release a game so poorly optimized and still expecting to sell great numbers of it.

It was interesting to see reviewers claim one would "barely notice" when Breath of the Wild dropped to 15 fps in grassy fields but yet were "very disappointed" that Nier: Automata did not maintain a rock solid 60 fps. Curious how those standards vary substantially by game.

That sir is the Nintendo bias. Its rampant in the media

I don't really remember any slowdowns in BoTW, it ran pretty smoothly for me for the most part, it seems to be well optimized compared to more recent Switch games.

@FinalFantasyFanatic There were optimization patches that tried to address frame rate problems that didn't exist?

u say that, but when it came out on ps4 and xbox, i found it to be a fairly optimised game. i never had any issues with it ever.

They really tried to throw pokemon in there

Yeah not gonna give this one a click. Just wanted to say that Automata was a great game but not particularly "risky".

Isn't every Yoko Taro game a risk? Otherwise Sonic is probably the most risky game on that list, because of the open world structure. no surprise GoW would sell well, considering the other GoW games and the fact that this one just builds on the previous game. Pokemon is no surprise either since games like Arceus and Sword and Shield were like the testbeds or buildup to the new games.

We really don't see that many riskly games these days because of budgets and sales expectations.

with those list of games you listed !??? learn the definition of risk when it comes to gaming
Holy shit what an ignorant article , mofo calling a fanservice bait a risk.. i swear we are at the end times of gaming

i would t call Nier automata a "risky" game. not riskier than Nier gestalt or repkicant.

there are for more risky games out there lol

TLOU 2 arguably took the greatest risk out of any big games with its story. Like it or not, it takes real bravery to do what Naughty Dog did with its story and I doubt we'll see anything like that again for a long time.

All that they did was highly divide the fanbase of the series.

Druckman shouldn't have full creative control on the writing of the games he leads.

"Pokemon Scarlet & Violet have all been described as risky games".