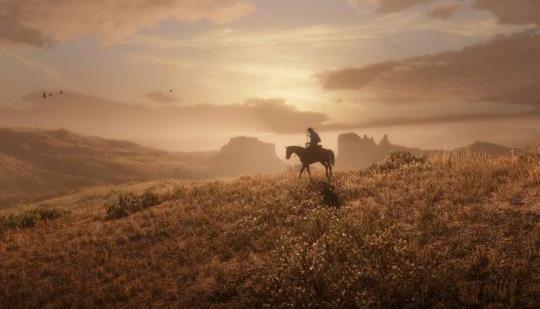 Where Are All the Western Video Games?

They've dominated movies, TV shows, and books, so why not video games?

ApocalypseShadow71d ago (Edited 71d ago )

I know how you feel. Was looking for a Western game today. You would think there'd be more of them. I'm still more into the Matt Dillon, Gun Smoke hero style of story though.

But if a developer really wanted to flip the script, they could tell the story of a Native American. That's never been told well in a game. Last of the Mohicans level of story telling. Some might not like the enemies in the game. But it isn't like we haven't seen all types of humans dead or alive being killed or being the bad guy.

Or, just give us a good Lone Ranger game. Everyone would be happy.

When I read the headline I originally thought they meant actual western games. Like, made in the West.

I was really confused.

OT - been a few recently but yeah bit sparse otherwise.

Me too, I thought the author was living under a rock, I think the closest thing we got in recent times is Evil West, and that's not even a traditional western. Otherwise there's Red Dead Redemption, but that came out quite a while ago.

Here are a handful that are out or coming out.

Would potentially be cool, but a company of mostly white dudes making money off of the story of Native Americans is objectively pretty shitty. If a LARGE chunk of the profits went to the tribes, then that would be a different story.

ApocalypseShadow70d ago (Edited 70d ago )

I actually agree on some of the money going towards whatever tribe they use. Or promote tourism like Ghost of Tsushima did for Tsushima Island that brings in revenue for that area.

Also, now I'm thinking Galaxy Rangers would be great because you could play different ways based on the characters. As well as Marshall Brave Star who was actually Native American. Base the games on the cartoons. I'd be all about Shane Goose Man though. Great character. Marshall would be cool because he had abilities based on animal spirits. "Speed of the Puma." Strength of the Bear." Still love that.

Sadly no one wants to compete with R*. That's why despite the open world craze right now, no one is doing a modern urban setting or western setting which are such obvious choices imo

I would even take a Magnificent Seven type game. Old one or new one.

I still believe that the western genre in video games is an untapped market. I've always loved the gritty ness it brings, throw in some horror or super natural elements (like the movies Bone Tomahawk or Ravenous) and I believe we could get many great games produced.

Darkwatch was a treasure. Sega Sammy should crank out another one.

There is only one western game needed. It just needs a ps5 update.

Yeah, nothing comes close to it and it's just an overall super well crafted game.

There should be a lot more. I'd even take a try at a reimagining of the lukewarm film Cowboys & Aliens. The genre is perfect for videogames. I imagine it may have something to do with sensitivities towards Native Americans in the current PC climate. But, if done respectfully, it can be pulled off. Or just veer towards the supernatural to by pass all that

Where’s my Rising Zan Remake at? Feel like that game could work well today and still be fresh

Try Evil West.. I really enjoyed and finished it.

I would love a remake of Darkwatch. Not that that really counts.

They usually do not sell well. I adored Call of Juarez - Bound in Blood, but the market just wasn't there, for whatever reason.

I miss Starhawk. that game was incredible - a great blend of Sci-Fi and Western, and the illustrated cutscenes were so good.

Agree 0Disagree 0
▼✖-+
SPAMInappropriate
Show all comments (22)
The story is too old to be commented.
70°