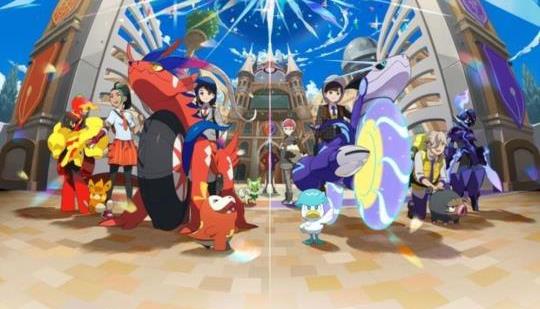 Beneath all the jank and technical disaster, there's a Pokemon game that deserved better.

Beautiful summary statement! And it's 100% true. So many people take the criticism the wrong way. Most of the criticism on this game is coming from fans who WANTED an amazing game. And sure, the game itself can be great. But when it's bogged down by so many technical flaws. It's just wasted potential. I played through every game from Yellow to Pearl. But it's around then that I realized Game Freak wasn't trying to push themselves. They never wanted to be better. They want to put in minimal effort, with a coat of new paint and make a couple million off of it. It's assured money at this point, millions would sell no matter what they do thanks to name recognition.

A couple of million... more like 8-9 hundred millions (or more with time) it's almost like a money sink, where does all that money goes? If the development teams is so small, i don't think they're making 1-2 millions each once a year.

A couple million. Probably way more then that. I bet alot of Pokémon fans buy both versions each time.

>>company never tried to do better
>>bought every game

Lool that’s the truth right there.

Gamers are the problem. If you don’t speak with your wallet you words don’t mean shit.