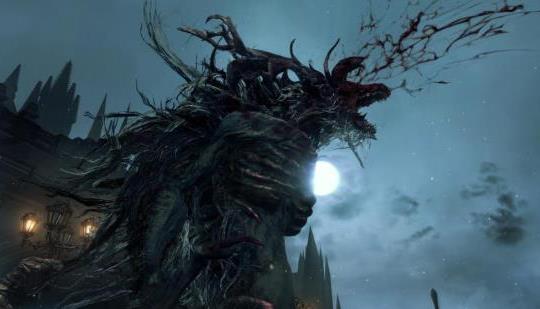 Seven years after its release, the Bloodborne remaster meme refuses to die--but for good reason.

And baffling sony still hasn't done anything with it even for the ps5 yet. Sure bluepoint can be remaking it but should they really be making all these remakes when they should be making their own game?

I believe that is what they are good at... and why Sony acquired them. For their remaster/reboot/remake skills.

Yeah BB should get the Demons Souls treatment, playing through it now and wish it would get a makeover, great game. Hopefully they will bring to PC if remake does happen, no console for me this gen, yet, this is first gen I don't own all consoles.

Remake is unnecessary. Bloodborne 2 is something Bluepoint can make. If the rumors are true...

Agreed. Completely mental to even be considering remaking a game that only came out last gen. It was a very stylistic game which means it will age brilliantly - and indeed, it certainly doesn't look any worse than games being released today.

I hope they're remaking something that needs it a bit more

I don't know if you've realized this, but that's sort of what they do and they're pretty good at what they do.

I’d rather see a remake or remaster on PS5 first

i have a feeling that is what's in the works. Then it will come to PC. Like what has happened with previous PC releases like Uncharted, Sackboy, spiderman... getting PS5 releases first and then coming to the PC months later.

I would take a 60fps patch at this point, which is literally just 2 lines of code Sony would have to change.
There are so many games though that would be an easy patch away from having 60fps on PS5. Sony's approach to backward compatibility is pretty infuriating so far.

Id love a 2 line code patch for the order, driveclub and arkham knight... to name a few

I kid I kid chill everyone chill. :D

That's what pretty much everyone says when they want to speak their mind, stir the pot, but want to excuse themselves from any sort of backlash.

Like people going heavily political on social media, but following it with "I'm just speaking my mind. Not trying to start a fight". Then blaming anyone at going against their opinion.

Not exactly baffling, Sony appears to not give much credit to that game even though is one of the most regarded titles of the PS4. Maybe when a "remake/remaster" comes around.

Cant wait for Bloodborne and Ghost of Tsushima remake announcements.

Last of Us had that too.

Last of Us is a 10 year old game. Ghost of Tuishima just came out a few years ago

I heard the PS5 pro max is going to be even better than the pro.

Why would it be?

Sony never stated they would bring all their exclusives to PC. So this entitlement is truly baffling.

The real tragedy is there is no clue for Bloodborne 2...

That word gets thrown around way too much.

It's only entitlement when it's not your preferred platform.

Or that there isn't a sequel or even a remaster...

Sod the pc I'm surprised there is no PS5 version or at least a patch.

PC will get theirs in a few more years. It not uncommon for games to come to PC 10 or so years after release.

From what I can tell, Sony only ports the games it has a vested interest in making a franchise. God of War had GOWR ahead of it, and that hyper-boosted interest, so they let GW'18 onto Steam and got a nice surge for their financial report.

Days Gone says hi. Seriously amigo, that's been my main argument with Sony porting to PC. There's no rhyme or reason. Some IPs are successful some not. Where's the legacy software? Where's my Killzone Komplete collection? Remake 1, remaster 2 & 3, both portables, and release it for PS5/PC. Same thing for Resistance. I'd love to replay the Ratchet Future saga on modern hardware. Surely there's a market for these ports considering most never made it to PC (aside from emulation) and remasters generally sell well on consoles. Older PS1&2 classics need complete overhauls. That's what I thought porting to PC meant for its predominantly console gaming customers; Sony would be updating their library to include support for tons of legacy software. Both camps benefit. Hasn't happened yet. Won't. Jim and Herman only care about easy money.

Corporate cynicism at its finest.

PC? It never even got performance fixes, let alone a PS4 Pro patch lol. Although we'll probably get a whole Bluepoint remake before a 60 fps patch for PS5.