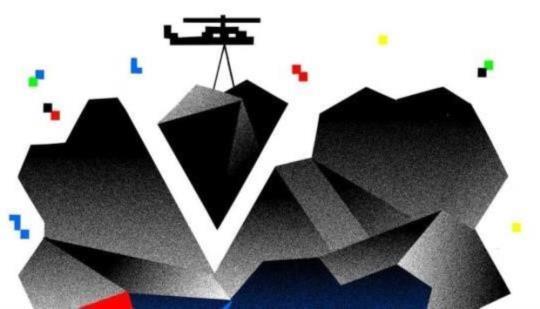 From NYTimes: "In recent weeks, Microsoft has accused Sony, its chief video game rival, of misleading regulators. Its lawyers have showed off game consoles, including an Xbox, to British officials. And the president of a major union that Microsoft wooed has spoken up on the company’s behalf to the Federal Trade Commission.

The actions are part of a campaign by Microsoft to counter intensifying scrutiny of its $69 billion acquisition of video game publisher Activision Blizzard, the largest consumer technology deal since AOL bought Time Warner two decades ago, and far bigger than Elon Musk’s recent $44 billion buyout of Twitter.

Microsoft’s aim is simple: persuade skeptical governments around the globe to approve the blockbuster takeover. Sixteen governments must bless the purchase, putting Microsoft under the most regulatory pressure it has faced since the antitrust battles of the 1990s. And in three key places — the United States, the European Union and Britain — regulators have begun deep reviews, with the European Commission declaring this month that it was opening an in-depth investigation of the deal."

Microsoft has revised the original revised offer it made to Sony and has now increased the time period to keep Call of Duty on PlayStation to TEN years. This is still considerably less that the PR promise he made to the Verge to keep it on PlayStation forever.

Tom Warren (the Verge Microsoft editor/PR): "So there you have it, Microsoft’s Xbox chief says Call of Duty will stay on PlayStation no strings attached."

Phil Spencer: “It’s not about at some point I pull the rug underneath PlayStation 7’s legs and it’s ‘ahaha you just didn’t write the contract long enough. There’s no contract that could be written that says forever.”

It seems that what he says publicly differs from what he says behind the scenes. This is why I find it hard to believe him on his word.

Microsoft says one thing to the fans and another to the regulators. One of them has to be a lie, and it's not going to be the one that suits them less.

You really can’t be that dense to believe that MS is not going to promise the world if it means to get the deal through and then when they get the chance pull the rug under them. That’s business what world do most of you live in that big business plays nice with each other. Some of you act so childish calling a corporation and the people who run them liars lol. All they care is about money not you.

always.
everytime he says something, you need to fact check everytime.

even when he says "its a nice day out" you need to check incase its actually raining.

Do you really expect to spend 69 billion dollars and keep a game on your competitors system forever? I think what’s happening is their strategy is evolving as this process plays out. One of the biggest deals ever and it’s uncharted territory.

As for Jim Ryan, what else is he going to say? He’s definitely not going to agree with MS come hell or high water. Not that he’s completely wrong but you’re going to embellish as much as possible to try to alter or kill the deal. But to say this deal would kill the PlayStation, which by the way has been the market leader multiple generations as some on here obsessively point out. Is not true, the brand and it’s games are stronger than one game.

To be fair they went to ms about making a marvel game first and apparently ms didn't have enough faith in any one of there studios to pull it off. So don't be mad at Sony email Microsoft.

Microsoft is lying to regulators and They will use the COD carrot on stick on Sony to keep COD. Overall, this should be deny or the deal is significant nerfed e.g. Spin call of duty off to it's own company.

MLB The Show 23 Pre-Order Rewards for All Versions / Editions