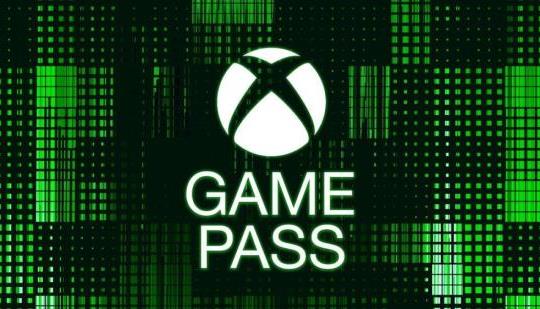 These days, every purchase seems to include an Apple TV+ trial. But we didn’t expect Microsoft to join the bandwagon—Xbox Game Pass Ultimate now includes three months of Apple TV+ and Apple Music. You can claim these perks through your Xbox console or Xbox app on Windows.

So MS needs subscriptions to other services to get people to subscribe to theirs?

It seems that you need compressive lecture.

What are you even talking about?

It seems you're just too young to get it,

Worked for me. I got a 3 month PC Game Pass deal ($3) just to try out Youtube Premium for 3 months as a freebie

I know you’re trolling, but Game Pass Ultimate has always offered extra “perks” to subscribers like free trials and DLC. Seems pretty par for the course.

Sony has done the same thing with PS Plus. I remember getting 3 free months of Netflix as a Plus subscriber and I had a discounted Spotify membership through Plus for like a year.

Then Spotify started offering a free Hulu account with a new membership, so I signed up for that. I’m pretty sure we can say that Spotify is “winning” in its respective market, but they still offer incentives for signing up.

Point is a gaming subscription services shouldn't be offering a TV subscription service. If it were for buying a physical Xbox it would make more sense even if, as I suspect as is often the case, you're expected to fully sign up, get "free" time then forget to unsubscribe once said "free" time expires. Its a sadly excepted con.

And if Sony's pulling that s**t with PS+, then its just as wrong. Just as stupid.

Lol, what?? Exactly why not? Pretty sure most people game on TVs, I'm also positive that you can watch TV sub services on your console.

You seriously think Game Pass is the only service to offer trials for other services? 🤨

Offering perks/freebies to purchasers of your product is normal. It's a mutually beneficial thing for all parties. The offeror gets good PR, the product being offered as a perk might gain some new adopters and the end user gets a little bit of extra value from their purchase.

Shhhh, you’re ruining his whole comment trying to take a jab at Xbox for whatever reason.

Are you talking PS+, or for buying an actual physical console. Cause that is a difference.

Not much of one, but still a difference.

The consoles Godmars, it's not a PS Plus offer. It's weird though, the PS5 is really good. I have one myself and loving the fast loading, 60 fps. I have Extra too, which I rate having played Returnal, Demon's Souls, Miles Morlaes and Death Stranding off it. Stray was nice too. The 6 months Apple Tv offer is welcome a bonus also. I just signed with the GP offer and will extend it with the Sony offer. Just finished watching Season 1 of Foundation which I liked. Epic Sci Fi is totally my cup of char.

I wouldn't of thought though Sony needed to offer 6 months of Apple Tv+ to sell consoles. But maybe with most games being cross gen and running great on PS4 like Ragnarok negating the need for many to upgrade to PS5 and the PS5 being expensive Sony feel they do need to offer 6 months Apple Tv+ to sell consoles like as you suggest MS need too to get people to sign up for GP.

It's doesn't matter. Sony is a superior company when it comes to entertainment. No one likes losers.

Sony's a s**t company in the process of - entering a cycle where - losing its way. They get things right sometimes, just manage to f**k up less than MS.

I mean they have Apple TV+ as an app on their device… It’s an incentive to sign up to their service and get 3 months free for a service they have on their console.

agnosticgamer78d ago (Edited 78d ago )

umm... Do you honestly think getting a free 3-month trial of Apple Music/Apple TV (Apple music is cool) Apple TV is exceptionally shitty anything worthwhile watching you have to buy or rent anyway... Do you think that will get droves of people to sign up? Absolutely not... just a decent gesture to those who subscribed to GamePass...

Now buying Ninja Theory, Bethesda, Obsidian and Activision/Blizzard (If/when the deal closes) is what is supposed to get people to sign up. Not a free trial to Apple Music/TV

You try too hard.

These are just perks given to people. You get everything from DLC for games, to free movies, or extended trials for other subscriptions like this.

Make it out to be a bad thing though, done out of desperation. I know how the average consumer just hates getting more bang for their buck.

Or maybe Apple, other subscription services, are the ones "trying to hard"? Paying MS, Sony and whoever else all else to include them with whatever else as a form of advertising?

Stop with the "you're only dissing on my thing" mentality. This isn't giving consumers more bang for the buck, its trying to get more money. "You've got this sub? Here, get this one too!"

How many subs do Sony have for Extra/Premium?

@godmars
Sony had this type of promotion a while back for PS4, they had it for Crunchyroll, they did it for Spotify, in fact it's absolutely common for this to happen.

It's been happening since the beginning of time, it's called promotions. But I love how this is all of a sudden new to you and a problem when MS does it.

The best part is watching you try and change directions on your trolling and making as little sense with your explanations as you usually do.

Its bad when MS does it. Its bad when Sony does it. Whether its a sub or a console. Its not expanding the market, its cannibalizing it.

Subscription gaming is bad because like all of the various forms of monetization before it, it effects development just like the current girth of streaming channels are effecting how shows and movies are made. Its an excess of quantity over a moderation of quality.

And yes, lets do this s**t one more time: you've NEVER understood where I'm coming from. Are the one twisting your BS.

That's not what your original comment said or implied, and since then you have replied with different statements all trying to cover up your initial trolling. It went from "winning...?" to now "Sub service are bad because blah blah blah" all with your usual crap spew in between. I refuse to believe you have never seen, experienced or taken part in something known as cross-promotions.

"Its not expanding the market, its cannibalizing it."

What!? How!? Do you even know what the word means or the context it's used for when it's mentioned?

"Subscription gaming is bad because like all of the various forms of monetization before it, it effects development ..."

Pentiment is getting great reviews, Stray is nominated for a few awards, there have been multiple awards for TV shows that are streaming only, movies have enjoyed success away from theaters. Meanwhile games continue to have production issues and most, if not all triple A games continue to have delays, even when not appearing on a sub service. You have absolutely no idea how production works, let alone the gaming business, you have yet to ever explain how a sub service would affect or impede game development.

"And yes, lets do this s**t one more time: you've NEVER understood where I'm coming from."

I know where you're coming from, trying any type of way to shit on MS and Xbox, it's just you can't do it as well as others on here and you can be easily called out and taken apart.

You are wrong in so many ways that I will let it go this time hahaha!

Deathdeliverer78d ago (Edited 78d ago )

I got 3 months of free Apple Music on my PS5 and this is I believe the second time Ive seen it on my series X since launch. Thing is I can’t take advantage of it anywhere because I’m on a different Apple bundle because my wife HAS to have paramount plus. These freebies don’t include that so they don’t qualify to redeem. At the same time I do get Apple Arcade and Apple Music too in the bundle so it’s all good.

*edit*
Ohhh that’s the difference…. You just had to download Apple Music to get the free 3 months on PS5. This is a gamespass “deal”. Yeah this is…

Yeah, gonna be honest... This does seem really stupid.

2023 will be a make-or-break year for Game Pass