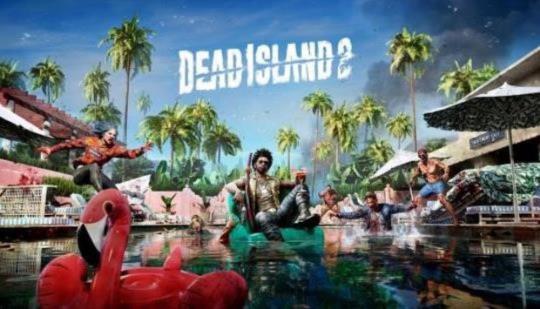 "The delay is just 12 short weeks and development is on the final straight now. The new release date for Dead Island 2 will be April 28th 2023."

Dead Island 2 getting delayed is not news anymore.
Still hoping it comes out along with Bloodlines 2.

Man, I was so hyped for Bloodlines 2 at one point. I too wish to see it come out and to not disappoint

Bloodlines changed the entire dev team from the original team that made the previous game. I wouldn’t hold any hope for this title now…

Don't give a fuck, take the time and make it right. Don't release some broken half-assed game. I would rather it get canceled.

Game looks very good so I expected it.

I understand that this game is on it's 3rd developer, but it's still undeniably funny for a game that was announced 8 years ago for a release 7 years ago to go 'Yeah, but we just need 12 more weeks until it's reeeallly ready to go.'

That being said I'll still be playing it on day one.

Yeah, 2015 is when it was initially supposed to be released, lol. I watched the initial announcement in 2014 that had Jack Black starring as the protag.

After dying light 2 this will give me my zombie fix. Please be good.

Let them take time with this game. The gameplay reveal definitely caught me by surprise. And with the disappointment that is Dying light 2 I want this game to be better.

Tbh from the trailers it looked pretty crap. The first one was ok, but it was to much of a tropical island. For me, I want a division meets zombies. Locked in a big ruined city and having to survive against the horde with RPG elements.

Was hoping dying light would fill that but there is only one section where it is tower blocks and it's sort lived.

I know the title says island... But wish games stopped with the large opened zones and confined them more.

Dead Island 2's Combat Might Make the Wait Worth It

I’m as shocked as you, but Dead Island 2 is one of the best-looking games I’ve played this year