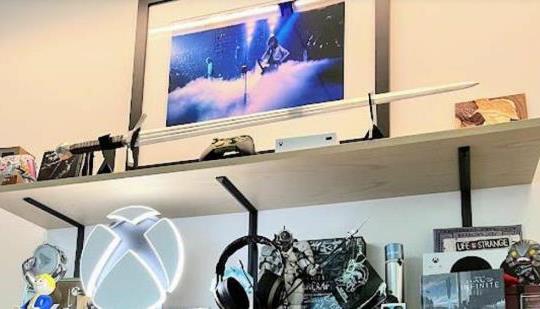 I know any of their xbo units and series line can do streaming but they want something small like the PSTV was. And obviously something better than the stadia setup. Given the price of regular controllers is $50-60... that seems to be half the cost alone.

Yea, many underestimated the cost of a controller, it's quite expensive, even more so a controller inside a portable device. Chinese devices for retro & emulation with better controller & build cost quite significantly higher than it's cheap counterpart although the specs are quite similar.

Aka we shelved it because Stadia failed.

I'm kinda surprised they couldn't get this down to $99. Really all it needed to be, was a streaming stick w/ bluetooth with a controller in the box. That should be more than doable for $99

Chinese retro & emulation devices company might sell you $99 but i don't think it will be Microsoft/Sony's build quality.

Yeah but this isn’t running anything intense. It’s not much different from a TV streaming stick.

@orchard maybe they couldn't bring themselves to deploy their software on a mini Linux kernel like all the other streaming sticks do. Windows everywhere. I remember reading about the Xbox one being two windows instances (1 for the UI, 1 for the games) managed by a hypervisor. Not a lean architecture

They’re still using the dual OS setup you mentioned on the Xbox Series too. System OS and Game OS.

It is slower, especially if you’re in the Game OS and have to make cross VM calls to the system OS. It does give them an extra level of protection though, and is likely the reason they haven’t been jailbroken while Switch and PS4/5 have.

@crazy, windows is the user interface for consumers and businesses. MS themselves has used linux based systems for various other things, including their cloud based blade servers. They arent above using linux where it fits, they are even invested in its future development.

PSTV should have some kind of successor

they could have streamed candy crush to billions of people

Yeah right I'm sure stadia wasn't a deciding factor at all.

They essentially took a wait and see approach with Stadia. That bombed out so they didn’t pursue this avenue.

Huh it won't have the console hardware in like the gpu and cpu etc it could easily be a £99 product. An amazon fire TV cube is £129

"Phil Spencer says" ..how many articles like that are there now? 500?

It makes you wonder if the guy talks in his sleep

It also makes you wonder if there are some game journos always there next to him, ready to write up whatever he says.

Not to mention most places in the world wont have the internet capabilities to do it...