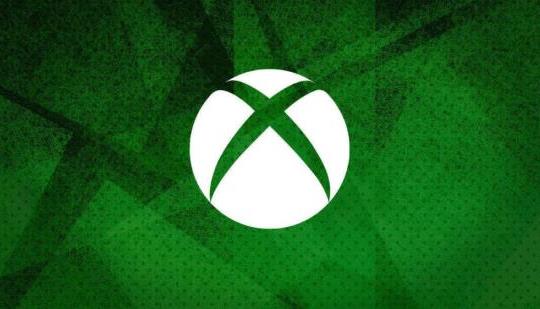 Spencer claimed that the console market is stagnant, while mobile continues to grow.

Adhttps://store.steampowered.com/app/1488200/Symphony_of_War_The_Nephilim_Saga/?utm_source=n4g&utm_medium=native&utm_campaign=sow_n4g_native&utm_content=png
- Comments (120)+ Comments (120)
TopNewestOldest
Expand all
The story is too old to be commented.

Spencer Speaks... that should be the weekly segment on Inside Xbox.

Good one. My personal suggestion is "Uncle Phil Daily"

UltimateRacer is the host of that show Salty Sony fan?

If this is a true statement it speaks volume of the kind of person this Phil is ....

Well it's clear to any objective person who reads what he says that he's full of it.

He's really trying to insult people's intelligence at this point.

Yeah we have his word. Then it's simple put it on paper! They don't want to commit by putting it in a legal document suggest he's lying. Just go to court and see if you can win ANY case when someone says something, but, doesn't sign any documents. The first thing they will ask is why is there no contract?!

And the sad thing is people eat that shit up

Phil Spencer: "Don't tell them the truth, tell them what they want to hear"

Yet here you are hanging on to every word 😂

According to Nadella Microsoft isn't a conglomerate now!

“Microsoft isn’t a conglomerate, I want to be very clear. It’s not about sort of gaming here and productivity here.”

Guess he doesn't know the meaning of the word. Unbelievable he even suggests that.

Have you ever wonder why Tencent is Number 1 software video game in the world. Mobile bring in so much $$$ it crazy Geshin Impact about to past 4 billion in revenue last in two years. Why sony is focusing on online gacha games.

Sony is focusing on gacha games ? Wtf are you even talking about ? It's MS right here saying all they want is mobile phone games because their console business is stagnant and you try to spin this into a Sony thing lmfao 🤣.

Phil Spenser "our console doesn't sell well and is doing terrible, we want to basically jump ship to mobile phone games where all the money is"

Sonyslave3 "see how terrible Sony is ,omg all they want are gacha games"

"Why sony is focusing on online gacha games."

Phil's lying through his teeth dude. Come on you don't actually believe this do you

Phil Spencer Says “Activision Blizzard Deal Is Focused On Candy Crush, Not Call Of Duty”
Sure and CoD is just a sweet bonus ( pun intended )🤦🏿
Like a YouTuber I follow say “watch what they do not what he says” Microsoft had said before they wasn’t going to take games from PlayStation from previous acquisitions and turn around and did just that for games that was slated to go multi-platform

This article is about Phil saying they want to get into mobile gaming because their consoles are getting stagnant. How do you even spin this into "Sony's into gatcha games" lmao.

Tencent's success is more related to the fact that they ripoff other companies IP and get away with it.

"And they have yet to make a Zenimax game that's exclusive. They even honored in-place deals. I'm not sure why people are still thinking they will pull COD from other platforms. It doesn't make sense to from a business standpoint. Same reason they didn't do it with Minecraft. Microsoft is even saying they won't be doing it. So what more commitment do you want?"

Explain why Starfield and Redfall aren't coming to Playstation then?! Spencer has literally responded to questions where he says games only need to be on Xbox, Gamepass and PC.

"the thing I want you to know is this is about delivering great exclusive games for you that ship on platforms where Game Pass exists...."

"Future games, however, will be exclusive "where Game Pass exists", currently meaning Xbox consoles, PC, and any platform capable of accessing the service via cloud."

LucasRuinedChildhood84d ago (Edited 84d ago )

If Phil means what he says, then surely he can commit to all console Activision franchises remaining multiplat since that's not a factor anyway ...

Phil Spencer 2020: "This deal was not done to take games away from another player base like that. Nowhere in the documentation that we put together was: ‘How do we keep other players from playing these games?’" https://encrypted-tbn0.gsta... https://media.tenor.com/eqR...

"Exclusives counter what gaming is all about"

And that deal would have been in talks MONTHS before they were acquired.

And they have yet to make a Zenimax game that's exclusive. They even honored in-place deals. I'm not sure why people are still thinking they will pull COD from other platforms. It doesn't make sense to from a business standpoint. Same reason they didn't do it with Minecraft. Microsoft is even saying they won't be doing it. So what more commitment do you want?

The crazy thing is how simple of a game it is. Like you could support it with a super small team. And yet they make so much money with such little expense. It's like some freak of nature that you couldn't replicate again if you tried a thousand times

And if Sony were to make a shooter that combined the vehicle combat of Warhawk with the shooter and tactical combat of SOCOM and the scale of MAG, they could dethrone COD... But they seem averse to the shooter crowd. It's as if they have no faith in their fps talent, despite their successes over the years.

Not on consoles where Ms finds itself in last place every generation. This deal is all about MS s console and acti games selling better on sony consoles one in particular COD.

It's clearly about both. One is the leading game in the console space, the other in the mobile space. MS wants both - even more so after T2 bought Zynga.

How great would it be if Activision just sold them candy Crush. Here's your 10MB game and 5 developers for a mere $20Bn lol

It's amazing the amount of money people spend for a slow but constant dopamine drip.

I enjoy playing CC on the toilet. I can only aspire to be as bad ass as you.

Knock yourself out there champ. It's a personal decision it shouldn't offend you.

You're a better gamer than I am :(

You better leave xbox behind then because if Phil isn't lying , that's where their gaming division is heading.

To be fair, you're really not missing much, for every actual quality well made game, there is about 100 reskinned idle games that basically play themselves.

If they can't make Candy Crush work with kinect... Im out. Fruit Ninja on kinect is fun AF.

Microsoft's idea is to own the most profitable franchises after losing so many generations against Sony and Nintendo and not putting in the work and effort to do it on their own. Profitable franchises includes Call of Duty and Candy Crush and every other game they may own with these purchases. Just like they bought Minecraft. It wasn't because Mojang has a catalog of games or making anything else. All they make is Minecraft and support Minecraft. And Minecraft is profitable. Just like another American Company Facebook bought Beat Games for Beat Saber. That DLC music is profitable. But Best Games isn't making anything else.

If it were me Id spend billions on things that weren't profitable.

If I were you I would demand a lot more from a trillion $ company which has been lame in the game department since forever. All you guys do is praise the trillions instead of the games they should be releasing every yr/gen nonstop with the amount of cash they have. Just lame.
Wait for next yr I guess...

If it were me, I'd put my billions into my own studios and actually release some games for a change, instead of buying success from other companies /shrug I guess we are all different

ApocalypseShadow84d ago (Edited 84d ago )

They didn't buy these companies to increase Xbox sales. We see that isn't working for them. Just like BC isn't or game pass on Xbox. They know after multiple losses that they can't beat Nintendo and Sony the traditional way.

They are going to try and get profits the other way by seeing if they can get game pass on every other platform where they are at the top of the pyramid of royalties. They want to have a say on what everyone else can have and put a price on it. I know you can see that and just want to be smart about it.

70+ billion for Zenimax developers and Activision/Blizzard could have been spent making their platform and offerings better like the trash that is their flagship that they don't even want to complete. Instead, they want to monopolize by buying up publishers who made their money more on PlayStation. It's clear as day what they are doing. I hope the authorities can see right through their lies. It's nothing new. Microsoft and Phil lie all the time.

You're being sarcastic, but a praiseworthy move would be to spend little on things that aren't profitable, fix the things, and make them profitable. That's the stuff of legends. Paying premium prices to gobble up the industry is kinda deplorable.

Ill be honest when starfield and fallout come out id buy gamepass on my ps.

I knew it. All that hope money they got from fans over the last 20 years is being injecting into mobile gaming.

For the second time in a row Sony is doing the exact same thing.

Wheres your outcry for this?

Hmmm I looked at those links and not one of them has Sony say "we have basically given up on consoles now so we are switching to mobile games" like Phil has just said with his own words but what ever copium you need I guess to help you through this.

One those are studios not publishers. Huge fing difference I mean huge. If you don't get that idk what to tell you then.

You do realize Sony owned the Fate IP and made Anime series for it since 2006 right?! They didn't even do the mobile for Fate till 2015.

Sonys subsidiary Aniplex bought the mobile phone company and why wouldn't they? The game earned $5.4 billion for them the majority of which is from only Japan. So this isn't some mass global game like Candy Crush

Also it says here this is part of Sony Music not Playstation or their gaming division.

Also Sony makes phones so you don't think having anything related to mobile is smart?

@Gaming "like Phil has just said with his own words but what ever copium you need I guess to help you through this."

He did? Where's the link where he specifically said he's giving up games to make mobile.

Make smarter comments it's not hard

The link ? You're in the article he says it in, ummmm are you OK?

LOL! It's not that serious.

@Gaming I read it and could it find where it says Phil is giving up consoles for Gaming mobile. Send me a segment where he said that? Maybe I missed it.

If not then quit make believing things. Even though you wanted it to be real so bad. It's not there. I'm fine but you might be the one with schitzo.

He keeps throwing mud at the wall hoping something will stick.

hmm nice....so you just purchased a ton of developers that focus on a stagnant market...hmmm I smell bullshit spencer...bullshit.

I don't blame him though, he could easily sell ice to its fanbase in Alaska. As long as there are 3rd party games and articles about how a TRILLION $ company will make even more zillions it will be ok to the fanbase.

Nobody tell him that Alaskans buy ice like the rest of us :P

^ nobody tell Orchard this was a metaphorical point :P