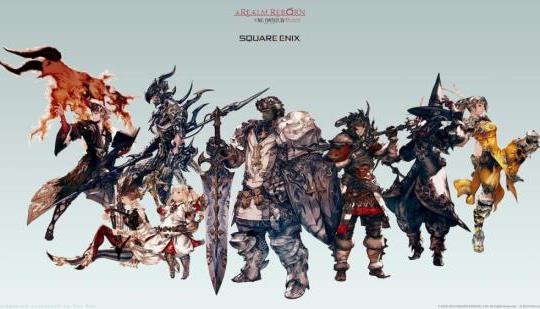 Ten years ago, in a cataclysmic rain of flaring energy, Final Fantasy XIV died. That’s both true in the sense that the land of Eorzea was raked with the almighty megaflare of one of Final Fantasy’s most powerful beings, the dragon Bahamut, and that developer Square Enix shut down the servers of its troubled MMORPG for good.

The launch of Final Fantasy XIV had been an unmitigated disaster, and nearly cratered the studio behind it in the process. But even as players gathered in cities and fields to gaze up at the sky awaiting Bahamut’s reckoning, plans were underway to rehaul the MMORPG entirely, relaunching it as Final Fantasy XIV: A Realm Reborn—a game with the complete opposite story of the original XIV. It was a wild success that is still going strong to this day, and likely for the foreseeable future.

You Can Now Own Gaia's Outfit in Final Fantasy XIV, For a Price

Hogwarts Legacy is all set to release on PS4, PS5, Xbox, Switch and PC this week.