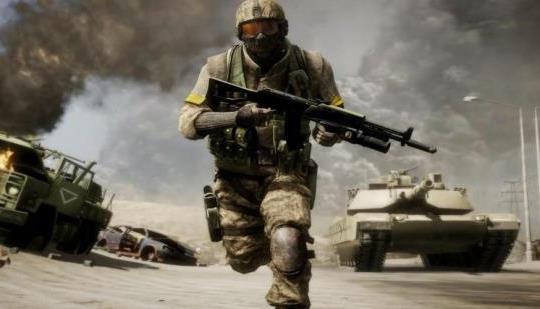 Whether it comes through remakes or a new game with a similar style, DICE should aim to revive the glory days of Battlefield 3 and Bad Company 2.

hmmm I think there will be no old BF glory days for EA since they are loyal to their greediness and laziness :D

You're asking for a miracle with EA that will never happen unless they can exploit the money making schemes behind it.

We'll see what happens now that Zampella is overlooking the series.

Why are they so reluctant to create a new Bad Company??

Single player campaigns take time and effort... EA ain't got time for that.

DICE have already stated that they actually don't know how to. They literally have no idea what made BC2 so good and clearly have no idea how to repeat it.

Definitely agree with the title. If they make Bad Company 3 then that would definitely be a step in the right direction!

It’s done. The current development team has no idea why people liked BF.

Which is so ignorant it almost physically hurts.

They have the damn templates lol. Everyone LOVED Battlefield all the way up through BF4. Everything after BF4 is where fans started getting divided because they started dumbing down the gameplay.

So they need to go back to the favorites. Bad Company 2. BF3 and BF4.

That's seriously it. They need to quit trying to make BF something it isn't. They have everything they need. Why they can't figure this out just hurts my brain trying to understand.

BF3? They need to go back to BF2 for the mainline. Heck, I'd settle for true-to-source remakes of BF2 and BC2 (w/ Vietnam). Everything they've done in the 'modern' era is just bad.

Anything from BF2 - BF4 would work fine. Those were all great games.

Doubt they will smh which is messed up

EAis pretending to be one of those deaf mutes

I've not played 2042 myself but after v I don't feel like it. I played a few hours of v with friends but it feels ultra sterile I can't figure it out but the game looks and feels clinical. The storys in the campaign were also bland and uninteresting and felt like a dull trudge through checkpoints as you waited for an ending.

I've played the franchise dating back to it's original PC launch and PS2 spin off games I did enjoy 1 overall and it's take on placing you in different scenarios and battles was interesting but not all that good imo as you couldn't really connect with any characters longer than 2 hours.

I mean thats all we've wanted since BF4 but they keep doing everything we don't want.