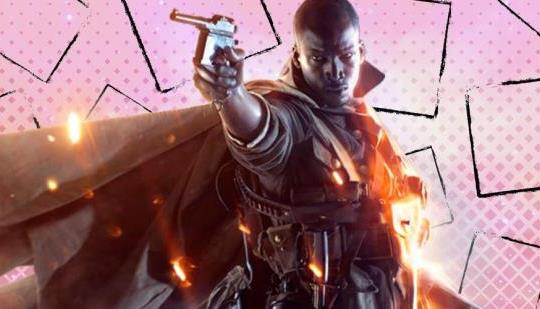 For DICE to succeed with its next game, it has to return to the roots of the franchise. Atmospheric map design, clear and defined class-based gameplay, attention to detail, and total chaos. Battlefield 1 feels like every rock, every glint on your sniper rifle, every falling brick from a collapsing church, has been painstakingly considered. So much care went into the design of the game, from its soundtrack to its costume department. To stand a chance alongside the behemoths of Treyarch and Infinity Ward, DICE needs to recapture what made their old games so brilliant, otherwise it’s all over.

...on a serious note, DICE needs to remove the Battlefield name.

Eh, bfbc2 was the peak for me, only ad dogfighting and the accommodations that come with it. Every BF after that was such an unsatisfying progression system for weapons and gear for the classes, 90% of the guns feel exactly the same when you unlock them, just felt boring in comparison. Not to mention the gimped destruction as the series progressed

If DICE needs to return to the roots of the franchise then why would they look at Battlefield 1? BF1 is overly simplified and streamlined. What DICE should focus on is Battlefield 3 and Bad Company 2. Those two games were the pinnacle of the franchise.

BC2 was the best. they need to get back to that.

Recreate the magic of Battlefield 4

Battlefield 1 Mod Adds the M16A3, See It in Action