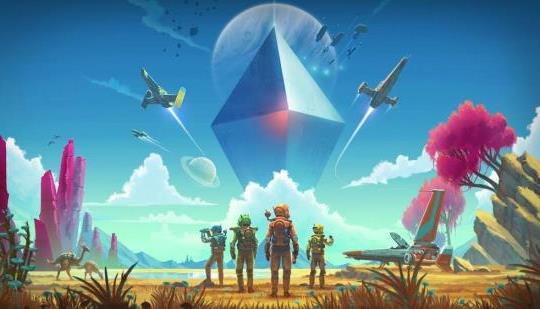 Eurogamer: "However, it turns out No Man's Sky fans also have something to look forward to, with Hello Games confirming to Eurogamer that its previously announced PSVR2 update will be arriving alongside Sony's new hardware on 22nd February next year."

ApocalypseShadow75d ago (Edited 75d ago )

Sounds good. More would be even better or a reasonably priced upgrade. But potentially more quality for the price of nothing is awesome.

It's a start that adds to the new IPs PS VR 2 is getting.

This is going to look gorgeous on PSVR2. I'm looking forward to getting stick in with those new controllers and catching up on all the new content I've missed these past 2 years.

Yeah this is gonna be a killer app, for me anyways—NMS smooth as butter in VR, does it get better than this?

Hello Games are one of the best devs, so many free upgrades have been given over the years.

That's probably because the game was in Early Access for years. They just didn't tell the initial buyers.
I don't see why so many people praise them for actually developing the game they promised would be on the disc day one.

They hyped and sold the game on lies, and the only people who benefited were people who bought it years later on the cheap.
Early adopters who paid full price got shafted.

"I don't see why so many people praise them for actually developing the game they promised would be on the disc day one."
1) Because they have gone beyond what would/should of been available at release/on disc now I reckon.
2) Time to let it go, worse devs would have done a hell of a lot less post launch, at least acknowledge HG stuck with it and some of those updates a lot of gamers say match paid for expansions, so there is that.
Not defending the actual release, just what has come post release.

"I don't see why so many people praise them for actually developing the game they promised would be on the disc day one."

That's an emotionally immature attitude. There's no nuance in that train of thought. Just black and white thinking. You need to spend some time growing up and maybe it will make sense to you then.

Your first post is praising them as one of the best devs. The next states that you're not defending the original release.

They lied to people. Sold a bunch of early copies. And then were decent enough to actually finish the game, while initial buyers had to wait years for the game they were told they were buying for $60.

That's not something to congratulate them on. Actually providing a solid product is what is expected at checkout.

OMG, this is going to be great!

Not really the game for me, but that's so definitely a cool thing for fans of the game who grab PSVR early.

A great game to play in VR, no doubt about that.

Build and manage your dream city in Cities: VR – Enhanced Edition, out Feb 22 for PS VR2

Hands On: PSVR2 Represents the Next Big Step for VR

PS VR2 vs PS VR – 15 Differences You Should Know About