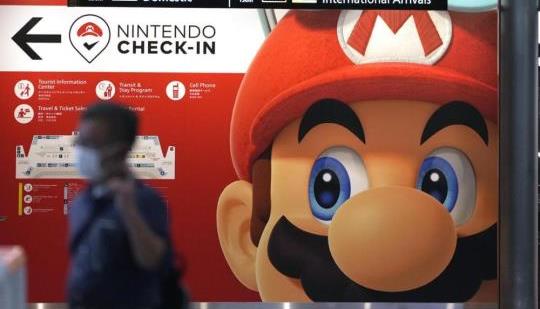 Nintendo hopes to leverage a new Super Mario movie, various merchandising and theme parks to draw more people into playing its video games, President Shuntaro Furukawa said Wednesday. Nintendo content, including Donkey Kong and Pokemon, has drawn fans over more than four decades, with parents and grandparents now playing games with children. There are also theme parks like the one that opened in Japan’s Universal Studios more than a year ago featuring restaurants, merchandising and rides, said Furukawa.

Adhttps://store.steampowered.com/app/1488200/Symphony_of_War_The_Nephilim_Saga/?utm_source=n4g&utm_medium=native&utm_campaign=sow_n4g_native&utm_content=png
- Comments (0)+ Comments (0)
TopNewestOldest
The story is too old to be commented.
60°Fresh