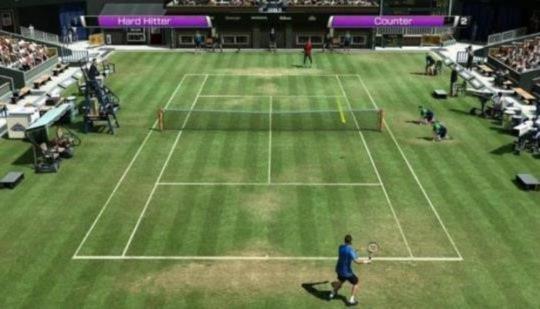 Sega's prominent tennis sim just couldn't be beat. And then vanished without a trace. Why?

You could change the name of the game in the title that was awesome in its day, could still be around today because of its fun factor with a remake, remaster or sequel, that's in their huge back catalog, that's no longer being produced as a franchise. And the answer would still be the same: Sega.

As much as I love their games and their spunky attitude. That Sega no longer exists that I grew up with. The current company is a mere shadow of its former self with only a few moments of grandeur. Which is why owning their previous consoles like Dreamcast, is a necessary thing if you want to continue playing games like Virtua Tennis. The reason why I have two of them just in case one stops working. And of course emulation on the go. Wink. Dreams do come in red.

Yeah....all 5 of them. Obviously, game budgets now outweigh profit for what essentially boils down to Pong. I'm not talking about coders but licensing costs. Boxing, golf, etc...all fall in this category where real life athletes far supersede their worth in video games. Same thing occurred to Sony's Playstation All-stars. Sony spent 2 generations helping to cultivate all these 3rd party mascots into recognizable assets but when it came to license them for a game, they didn't want to pay the exorbitant fee. That game's 1 million sales didn't warrant a sequel and I very much doubt ANY tennis game could reach that sales plateau

It’s funny how you’re over the age of 3 and don’t know how to read properly 😅😅 Why the bizarre response?

I couldn’t care less about licensing in a tennis or golf game. I don't need real-life players or locations/tournaments.

Just give me some fun cool characters, some courts/courses in varied gorgeous locations, and use the Virtua Tennis or Everybody’s Golf gameplay. That’s it.

I used to play tennis IRL and in videogames. My 2-cents is that a boring game that was simulating an extremely boring sport, was thrown under the rug, now that the devs can produce more complex and interesting games.

It's like the tetris-like games and games like space-invaders, that stopped being produced ... it is because they were good and simple to make in the early days of commercial videogame development but they are just not as interesting as, let's say, an open-world coop arpg ...