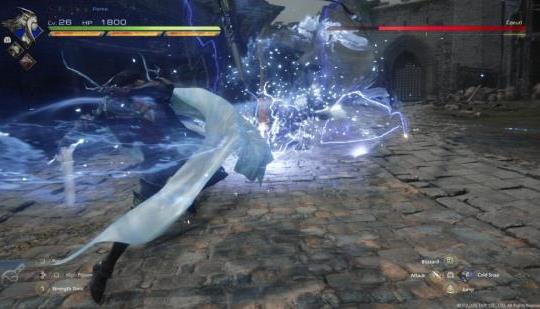 Final Fantasy XVI Will Receive a Demo in Early 2023

Producer Naoki Yoshida has confirmed a demo version of Final Fantasy XVI will be released a few months before the full game’s launch next summer.

Can't wait. It might allay some purists reservations regarding the battle system.

Ever since the original Final Fantasy VII demo I always get excited for FF demos. But I have to say in my humble opinion that the series isnt what it used to be like FFVII - FFX and of course the earlier Final Fantasies. But I do feel like they are making their way back which is why I'm excited for FFXVI.

High hopes but keeping them in check.

Couldn’t agree with you more except for one thing, the changes started with FFX. Linear maps, less weapons and armour, simplified accessories and their stats boost system. I miss the world map, here’s hoping FF7 Rebirth can find a way to work around that.

Yes, the change started with FFX. And one of the rumors is that the reason they made those changes were because they wanted to put the game on ONE DVD instead of two. So manufacturing costs. FFX had a great story, though, and an interesting world. Shame it could not be explored freely.

@Tapani yeah after my first play through I felt slightly let down but after that I started to appreciate the intricacies of the game. Then FFXII was the complete opposite, large explorable world but lacking characterisation.

Camel toad I agreed with you up to the point of them making their way back. FF16 looks so far off of what ff used to be.

Hofstaderman your absolutely right. I enjoyed 10 but it definitely was the start of the change. Its like they took the cheap route with no world map and ff12 just rushed in imo what is the downfall of ff. At this point we have an action game with jrpg elements.

So good that its not Turnbased :)

This game looks absolutely SICK! Without a doubt my most anticipated game and hopefully I'll have a PS5 when it releases.

I just hope we get a PC release at some point. Then again, I am a little wary of Square-Enix when it comes to PC ports lol... But yes, the game looks incredible. I've had full confidence in the quality of it. Since the moment I heard it was Yoshida's team working on it.

Can't wait to play the demo to death

Must be feeling confident, then again FF 15 had 2 demos

sure but its not wuite the same situation ha

Stanger of Paradise, Star Ocean and Valkyrie Elysium all had demos too I doubt it's about confidence more of a new SE policy.

The game i'm most looking forward to in the new year...unless the Beyond Good and Evil sequel comes to light

Wasn't that supposed to release in 2012? God knows how many overhauls it has had throughout the years, lol

The dev looking after this are beasts, this is guaranteed gonna hit the mark!!

FF will officially be back and cream of the crop for JRPGS once this drops.

Bring on the demo I need my fix!!

Really proud the producer stood his ground on the vision and didn’t cave to ign’s woke journalist questions about “race.” Get over yourselves enough with the virtue signaling.

Yeah but it will knock off two points because of that.

Naoki Yoshida said they will share more deep information like release date etc about three months before release and thereafter a demo/trial, closer to release.
All we know is it will be released during summer, which could be anything from June to September.

I would say the earliest we get a demo is in May, if the games is released in June, but could be as late as August.

Good atleast I can be 100 percent certain im not going to like it. I just want old school ff back.

I never played 15 but this looks interesting to me.