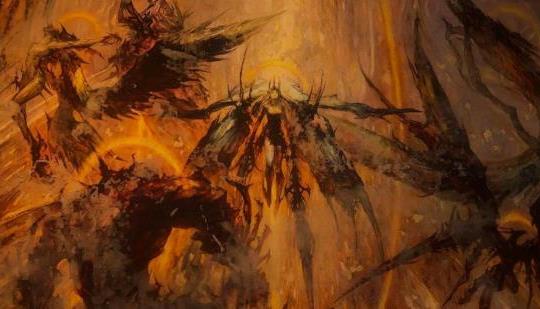 From IGN: "Final Fantasy XVI is less than a year away, but Square Enix has left most of the details to be speculated on by the fans. A recent trailer offered more hints about what to expect, including a hint of what crystals – a Final Fantasy standby – mean for the world. Now Final Fantasy XVI’s development team are delving deeper than ever into their upcoming RPG, opening about topics ranging from persistent comparisons to Game of Thrones to questions about representation for Black characters and other people of color.

For this interview, IGN spoke with director Hiroshi Takai, localization director Michael-Christopher Koji Fox, and creative director Kazutoyo Maehiro, with producer Naoki Yoshida also weighing in for some extended thoughts of his own. They talk about it being the first M-rated game in the series, how sidequests will work, and several other topics. They also open up a bit more about its female protagonist, speculated to be Jill Warrick, and how Clive will interact with his companions."

I don't doubt the possibility at all and with House of Dragons going for a few more seasons it would make for an interesting crossover.

Only the usual suspects are asking about representation. Everyone else just wants to know if the game is good.

totally got GoT vibes from the trailers

If your an old school jrpg it might not be. If your into hack n slash devil may cry sh youll probably like it

You must be one of those weirdos that doesn't like good writing.

you call me a weirdo and you people like / love a series that has incest and rape in it, I wonder who really is the weirdo here and is definitely not me, so yeah take your crap with you. :D

because none of that happened back in medieval times huh?

You probably believe in the Bible yet it has rape and incest as well...