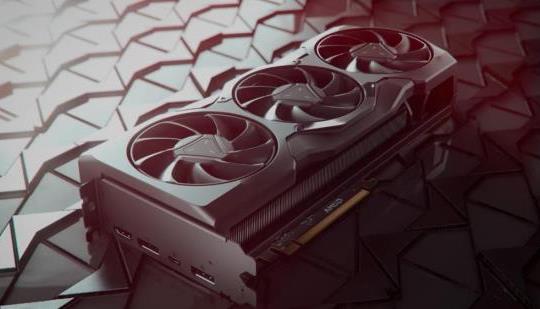 This was EVERYTHING they needed to do. The 4090 is the better GPU in RT, and honestly it looks like the RT of the 7000 series is really only on par with the RTX 2000 series and mainly because it had way more CUs.

Getting RTX 4090 levels of rasterization performance for $600 - $1000 less is the price difference and killer blow they needed to make everyone thing twice about blindly going with NVIDIAs line-up.

I hope AMD gains market share, and NVIDIA is forced to take an L on price, and a loss on their 3000 series for the generations of greed they’re feed consumers.

Mostly a impressive sounding show, outside of the silly ultrawide/FSR 8K claims (neither being 8K), but surprised they didnt show any direct comparisons. Will be iinteresting to see real world benchmarks.

No different than the nonsense Nvidia pulled with the 3090 8k claims.

Also, 4k 100+Hz I imagine being the sweet spot for a while, Linus did a 4k/8k comparison and people couldn't tell the difference which was which, even close up to the screen it was little/nothing. Seems like it might be subtle and that's it.

Not to mention 8k would tank performance.

what nonsense though? the 4090 has been shown running Genshin Impact at 1330fps high settings. not really nonsense now, isn't it?

@Number1TailzFan
Part of the issue is that CSGO wasn't really designed for 8k so just raising the resolution won't make a huge difference from 4k. You need higher resolution assets to see a noticeable difference. Usually for 4k mods on older games you have to download a 4k texture pack but they either don't have any for 8k or they didn't use it. Also it still won't be as good as a game with assets already made for 8k instead of mod texture packs.

Don't go blindly buying any brand/card right now. Wait till 2023 when actual 'next-gen' games are released and see which one performs better. Recent games struggle to fully utilise 4090 and are poor indication of future games.

AMD does what NVIDA doesn't!!! Support these guys with our money not NVIDA rn. We need teach NVIDA a lesson by not buying their 4090 to make 5090 Amazing.

can it do ray tracing now, last gen was shit

AMD RT isn't going to be comparable to RTX 4000 until their next NEW architecture. Several GPU designers from Intel and NVIDIA whonworked on RT at those companies now work at AMD, so in 2 years or so they should have dedicated RT cores and their Machine Learning should have been used enough to get FSR 3.0 (2023) on par at least on par with XESS in quality and DLSS 3.0 in features.

RT and features NVIDIA is still the way to go. Price to performance, and not having a 4 slot brick in your PC forcing many to get entirely nee cases and even builds, the AMD RX 7000 is the way to go and save $600 - $1000 in the process.

Technically you're right, but when I look at things like this I put both products on an even playing field.

The reason why it's even close to the RTX 3000 is a combination of the 50% performance boost, but also having 20% more CUs as well over the previous 6900XT. The raw RT performance AMD is about on par with the RTX 2000 series finally. But again thanks to having more CUs and eventually optimizations it will be somewhere in between RTX 2000 - RTX 3000 by the end of its lifecycle in RT. Not to mention it's getting FSR 3.0 in 2023 which will also add the benefits DLSS 3.0 has brought (added frames and reduced latency).

Way I see it, if you want the best possible ultra performance and have deep pockets get RTX4000. You'll get the wow factor performance.

If you want great performance (without the raytracing), power efficiency and value for money go 7000 series. Gives the added benefit of voting with your wallet on where you stand on 2000 dollar 'consumer' GPUs.

If you want to be sensible with your money pick up a RTX 3000 or 6000 series in the next few months. Huge over stocking of the old gen is going to make prices tank. Some great deals will be out there.

I was ready to see a 7800XT or a 7700XT as well, was thinking about buying one of them but, AMD did not deliver on that. Again we have to wait until 2023. I assumed since they released all their Zen 4 CPU tiers they would follow with their GPU's. 😠

The price destroys the competition. Rt is still a gimmick.

Fully agreed. I don't think RT is the "transformative" experience some people online say it is. Screen space reflections do the almost same thing, and sure they are not perfect, but who has time checking out what is perfect during gameplay. People see animations, textures, 3d model quality, plus they pay attention to the music and sounds while at it, and mostly focus on systems at play rather than shadows, lighting and reflections. Those last three are NOT what makes a scene, they are what makes a scene look realistic. But games are not realistic, so we don't need that. I mean in a movie, who cares if some light or shadow is cast the right way, right? People care about the characters mostly. Same with games, people care about the characters + gameplay systems
and the world (=not graphics, but art and atmosphere including music and story etc.) surrounding them.

Hoping with people upgrading I can pick up a 6700 xt at a good price.

I think the price point is extremely competitive. The benchmarks should be an interesting comparison in raster.

looking forward to the real world benchmark, not the benchmark comming from company itself