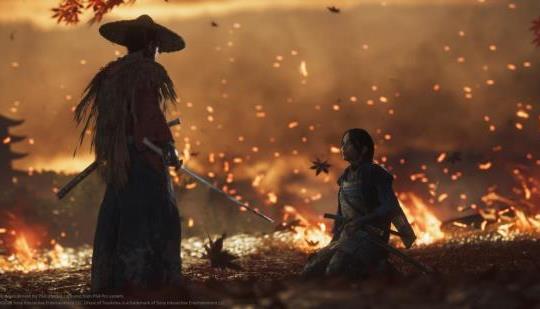 From IGN: "Resident Evil's survival horror and Ghost of Tsushima's open world action couldn't seem further apart on paper, but the worldwide appeal of both games makes them weirdly similar according to a former Capcom producer.

Speaking to IGN, Hiroyuki Kobayashi said the U.S.-based Sucker Punch's creation of a globally appealing Japanese game like Ghost of Tsushima is very similar to how he and his colleagues at Capcom created the very American seeming Resident Evil franchise.

I love this because at its core his statement is a giant middle finger to journalists trying to play the subtle racist card about how an American studio was making a Japanese game.

“Oh hey remember when we, a Japanese developer, made a game based in the US with a bunch of white guys”

SenorFartCushion98d ago (Edited 98d ago )

True. American politics is so individualist now. It’s annoying. It’s very much starting to influence how people in other countries, like The UK, address politics. It feels as though The UK is trying hard to be Little America lately. It’s no wonder this article is even penned by a British person.

It’s what happens when we have so many centrists wanting a pat on the back for not hating people of different races.

I wouldn't say the UK is trying to be little America. I'd say we're even worse than the US but most western countries are going the same sad way.

It's actually odd, just a week ago I was thinking about this exact thing, that resident evil was in an American setting but made by Japanese Devs. I don't know why I was thinking of it and I certainly wasn't drawing any parallels to Ghost, but there you have it. Get out of my head internet.

I’m sorry, but I will never f*cking understand how this became a controversy. We have so many American made movies that take place with and Star people with different culture.

When did this become something to be frowned upon? The world has become so annoying that it makes me want to puke.

everyone wants to play victim and be offended these days.

Make good games that I like and I will buy them . Wherever they come from isn’t a factor . Though I do enjoy Japanese made games I play all types of games from many countries I’m sure . Not that I ever try to find out where they came from .