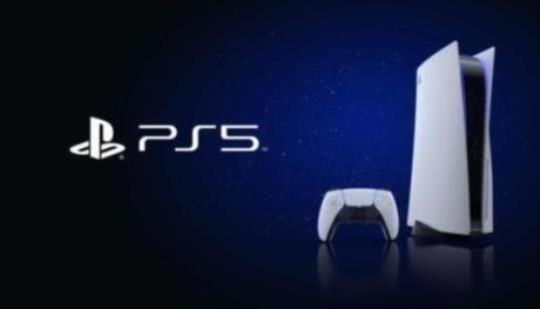 The PS5 has passed 25 million units shipped, but PlayStation Plus and PlayStation Network are losing users.

Psn numbers declining is a given considering the boost during pandemic for all the publishers.

Still haven't seen any in shops I've been to.

I actually just saw one on Sunday. Was considering picking it up just to sell to a friend at normal price when he decides to get one so he doesn’t have to get raped by 3rd party sellers. I should go back n see if it’s still there lol

I’m surprised too. I thought they’d be readily available by now.

Ive only seen one but I think in my city you have to ask the worker if they have some in the back considering they dont hold them in the glass cases.

I don’t think that should matter I just think they need to do more with psn plus. It almost seems like they treat it as an afterthought only invest in it because MS does it and is successful. They have such an advantage when it comes to games overall I feel they could be miles ahead but not sure why they don’t do more especially with PlayStation plus.

I think alot of there older games are taking so long because theres work being done to them. Like the worms ps1 game they added stuff, it doesnt happen over night.

Also most of them are PS4 players. Some left for Switch, PC or Xbox.

I think most just stayed on ps4

Maybe my area they might not have them on display so you have to ask and thats for all 3 systems.

Target I’ve seen them but they were sold online only and waiting to be picked up by someone. Same thing for Walmart .

Walmart is replenishing them to the stores now. And they are available for in-store purchase. It’s limit one per customer, so should help with scalping. I’ve had to deny someone for three days trying to buy them all lol.

Nice to see VGChartz haven't changed at all then.

Undercut PS5 by at least a million,
Overcut Series X/S "by who the f knows".

It's a known fact that VGchartz is run by an xbox fanatic. Back in 2018 when AMD released their official ship numbers for their chips, VGchartz had the xbone 4 millions over the real number of chips received by MS to make their consoles.
The AMD article was called "the joy of gaming" and had all their numbers for each console manufacturer.
I always subtract 3 millions from VGCHARTZ numbers to get a more real/accurate idea of their BS sales.

So basically hardware and physical software is still the lifeblood of the industry as it’s always been.

Hmm physical software sales down 18%, any explanation for that? Or are gamers starting to get priced out of Sony’s sky high RRPs?

Not a great quarter for PlayStation, but Sony all up did have a good quarter.

Not super surprising though either, the economic downturn will hit all tech companies a bit, even if games are somewhat resilient.

The subscriber drop is surprising though, given they launched a new service that offers more than the legacy/base PS+.

I can understand the PSN drop. It's a combination of lack of good multiplayer games (those that do have big MP offering are trying to suck users dry via microtransaction nonsense). Also, the multi-tiered version of PS Plus just rubs me the wrong way

Easy to understand the why for the subscription number.
The cost of living drastically went up in 2022 (just ask ppl who are renewing mortgages) so a lot of ppl have to reevaluate their spending habits and usually the 1st place they cut is on luxury.

I have noticed many acquaintances and friends who were PS4 only owners have migrated to PC or are simply waiting for the PS5 to become available at retail.

I've told a few people about preorders at EB and other stores and they just aren't interested until they can go in-store and buy a PS5 or XSX off the shelf.

I think people especially those with families have more pressing responsibilities with inflation out of control in Australia leisure hobbies like gaming take a backseat.