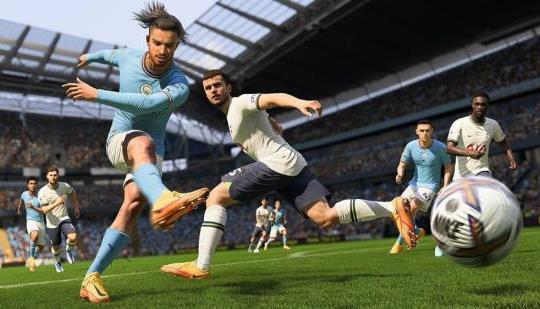 EA Has Finally Made A Good FIFA Game After Years

FIFA has declined for years with one bad game after another, but FIFA 23 has broken this trend to give us a great FIFA game.

EA Has Finally Made A Good Game After Years

So I hear. It’s their last one too I believe.

Yep. FIFA is going to allow anyone who can afford the license to make FIFA games now.

I might finally be in the market for a fifa game again. If only the NFL would develop a clue. Madden has been trash for over twenty years with its stiff motion and fake physics. But as long as the money hungry NFL gets a payoff fans get screwed. We need NFL 2k back. Their last game was still better than anything EA has done since then. And that's a sad commentary on the EA franchise.

They can just rename it with no licenses with an option to download all the licenses. PES has done that for years.

It's not the player/team licenses they are losing, it's just the FIFA name. The players/teams is a separate thing.

FIFA 2K must be coming🤔

Oh, have they now? Just kidding. It's actually a solid FIFA this time around.

By solid do you mean opponents can only run at slightly superhuman speeds when you manage to get a through pass ten yards ahead of them? EA has some guys that run a 1.2 sec forty without breaking a sweat. They seem to be confusing the fifa and Marvel licenses.

Another one who doesn't understand that you can run quicker without a ball than you can with it.

And I presume every down vote is also thinking this way.

Omg, I would never have thought of that. Or maybe I look at the npc running at speeds a cheetah couldn't hit if it was an actual pitch. It has nothing to do with having the ball. If you understood what a 1.2 second forty means you wouldn't be making excuses for poor programming. EA would develop a game with better npc decision making instead of making up for poor programming with superhuman abilities. Let me put it in simpler manner. Usain Bolt couldn't outrun the npc players on his best day even if you gave him you gave him a 20 yard headstart and the computer player had the ball. It's poor programming caused by not having competition.

It is ok. Simply ok.

So they wait until they loose the license to finally make a good game...🤦

Commercial Plywood: Everything You Need To Know