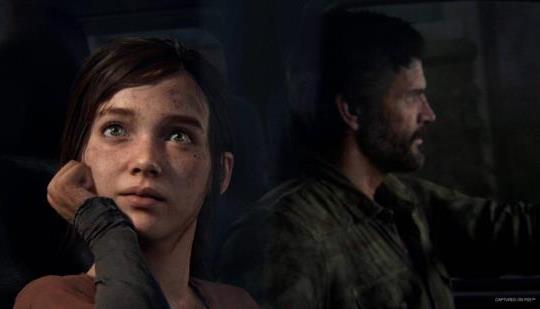 gamingbolt says: "The team will work on an unannounced "high visibility project" in collaboration with The Last of Us and Uncharted developer Naughty Dog."

"Many will recognize it as Sony Visual Arts Service Group, which reportedly headed up The Last of Us Part 1 before it was moved under Naughty Dog’s budget. The group was then allegedly demoted to a support studio."

Wait, what? ND didn't create TLOU? I didn't realize it was someone else's game that they took over.

Part 1 is the remake. Presumably this means a Sony internal team began working on the remake before it was moved under Naughty Dog.

That makes a lot more sense. Man, that naming scheme is confusing. People already called the original part 1 because of how they named the sequel.

^ Well, the good news is, the team that started the project are clearly very talented to have been trusted with such an undertaking. Even more so, given how that project panned out.

The remake was took back over, not the original tlou ffs jeez .
Edit: nothing confusing about it what so ever

XiNatsuDragnel95d ago (Edited 95d ago )

Lol so are you saying that Microsoft hasn’t created any studios ??? They must’ve bought every last one ?? Sony loyalists must don’t what google is ..

@italiangamer it seems like some of y’all Sony loyalist are still upset about the Bethesda and Activision acquisition. Lol it’s crazy because where’s the energy when Sony bought Bungie which was a Microsoft owned studio. I’m guessing ppl don’t know that Naughy Dog used to be called JAM studios , why you think Sony doesn’t own the Crash IP lol , so technically they didn’t even create their biggest studio and the studio this article is about … LMAO so what did they actually “create” ?? Guerrilla games made Shellshock Nam 67 which appeared on the original Xbox and made 4 games for the game boy color. Some of y’all Sony loyalist need to stop the narrative that Sony creates everything they do lol like they don’t steal ideas. Google going to make y’all look stupid everytime.

Wiz
Ms buys IPs, sony buys developers who work on the ips they already own.

@mkis007 I guess if that makes you feel better at night , but then that’s ironic. Then explain the Bungie situation bro plz, your comment make no sense. What IPs have they really bought that wasn’t already being developed exclusively for Xbox or wasn’t acquired when they bought said IPs developer ?? I’ll wait. Don’t say Halo or Gears , they both was being developed exclusively for Xbox anyway.

LMAO Sony fans hate the truth I see .. I’ll post links of Naughty Dogs and Guerrilla Games history and y’all can see for yourselves.
https://ftw.usatoday.com/20...

And as far as creating new IPs go , don’t get wrong they weren’t all blockbusters but they were pretty solid.

Wiz you trying to compare Naughty Dog and Guerilla to Bethesda and Activision? Both companies weren’t familiar until Sony invested in them. That’s the developing part. They didn’t wait til they were some of the largest companies in the business to buy them. I love that you say “google”people. That’s part of the point. You have to google it because no one knew them before! Haha How do we explain Bungie you ask? Well first tell me how Microsoft lost Bungie? It came out that they were being stiffed on bonuses unlike the gears creators who were getting way more money than the Bungie creators. I’d want to leave Microsoft too if I was part of the reason Xbox is even a thing and the thanks I got was huge bonuses being thrown at other people instead. You call out Sony fans but wow you’re throwing yourself out there trying real hard to prove that Microsoft isn’t just buying their success. I wonder what huge corporations Sony bought to have God of War, or Infamous, or Ratchet and Clank, or Killzone, or Uncharted, or Little Big Planet, or Gran Tourismo, or MLB the Show, or Syphon Filter, or Returnal, or … hey, you can google it. Rofl (don’t even get me started on how much money Microsoft’s purchases of Minecraft, Call of Duty and World of Warcraft will bring. Google it?) Smh

Microsoft will buy you guys and your family’s for making fun of them watch lol 😂.

GP will be on playstation within 5 years

Poor little guy worth 2 trillion can't possibly be expected to create new studios or IPs, they are being oppressed by a company worth 20x less than them and being forced in to buying up the industry :(

Sony as usual is making moves internally. That's how you do it.

Lol I learned that some Sony loyalist are extremely delusional .. when it comes to creating studios , can’t take facts at all .. I can spit the truth all day on the fact Sony doesn’t create new studios like y’all think .. lol they just bought Bungie a well established studio. Naughty Dog wasn’t a built up studio either lol
https://playerassist.com/a-...
Guerrilla Games wasn’t built up from the ground up by Sony either lol they was bought after Killzone 1 was made.
https://ftw.usatoday.com/20...

But y’all Sony fans say they built their studios from the ground up though. I’ll game on all 3 machines so it didn’t make a difference to me. We already mentioned Bungie who’s was a Microsoft first party at first.

This news has nothing to with Xbox at all. But you guys OBSESS over MS hard for whatever reason, it's weird.

Sony haven't created a studio since the PS2 days whereas MS have created at least five in that time, probably more if you include ones that are now defunct.

Lol the same stuff y’all trying to bash Microsoft for Sony did back in the 90’s and early 2000’s , just because some of y’all wasn’t around yet doesn’t mean it didn’t happen.

@Everton You mean trillion dollar companies obsessing over trying to buy games and content? That's buissness but you have no excuse You guys just obsess over hating xbox and bring them up when it's not necessary. It's not the first time this happened. You all are just immature. Way different scenarios between the two.

There's been a longstanding rumor for a while now of a team somewhere in Southern California working on Uncharted 5. Maybe this finally lends credence to it.

Yeah forgot about that, shouldn't be too long now as it's been about 4 years? Isn't the studio next to Santa Monica or am I getting that bit wrong ? Certainly been heavily rumoured a uncharted game.
Edit: also ND secret game is codenamed "strays crossing" but maybe that was the codename for "factions" maybe.

Or hopefully Nate had a son after the epilogue of Uncharted 4, Nate Jr.

Lets leave Nate and his family alone... UC4 had a perfect conclusion to his story.

A new team to work with and probably help naughty dog. Anyone who knows Niels history is aware he is not very capable of spearheading a successful new IP let alone a good fully developed concept.

Future looks better for naughty dog. Disliked tlou2 and disliked uncharted 4. Hopefully they make something new that I can enjoy like I enjoyed all the other uncharteds and tlou1.

No remasters or remakes please!!!!! New IP required on PS5.