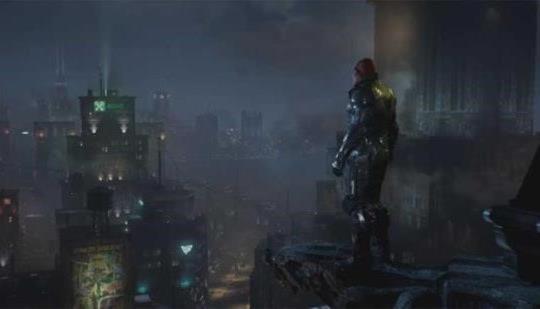 "Gotham Knights is up there with Elden Ring as a Game of the Year contender."

Wild right? I thought I was seeing things.

This reviewer is known for giving everything high scores so i would just ignore him he gave Bablyon's Fall an 8/10. One of the worst games in recent memory. They had to shut the game down because no one was playing it. https://www.gamersheroes.co...

"Gotham Knights is up there with Elden Ring"

how to lost all your credibility forever with a small sentence, just write stuff like the above ;)

Credibility? It's subjective. For some of us, Elden was "meh", at best.

GOTY? Yeah from sales alone, I can see it happening, though there's nothing fresh enough about its formula that stands out, to me. It was played and soon forgotten.

The open world design alone makes GOTD contender nevermind GOTY imo. But each to their own.

It's one of the highest rated game of all time so it will be a GOTY contender because of that alone, not sales.

I can agree videogames can definitely be subjective but Elden Ring is far from being meh. Though..it's to each their own.

You are correct; Elden Ring is far from being "meh"....to you. Different people, different tastes, different standards. Elden falls short in many regards, to me.

Scorn got a 10 , a 6 hour walking simulator puzzle game with the worst combat ever and Xbox fans will defend it to death and this gets a 9 and they will say it’s crazy garbage . Looks better than Scorn by a lot and I don’t think this is a good game . It’s ma action rpgish co cop so I might try it out when it’s cheaper . God of War is coming and that’s all I need for a while

Is this site owned by The Onion?

This has to be parody.

this reviewer is smoking crack

comparing this to Elden Ring losses all credibility

That sentence is laughable at best, seriously I haven’t played elden ring like that but I can tell that is a superior game compared to knights, the world of elden ring is well crafted Gotham nights looks like a late gen xbox 360 game cause the devs didn’t even utilize ps5/Xbox series power just like last gen mfs under utilized the ps4 only a small handful pushed the hardware last gen

Is this a sarcastic review,lol. That headline. This game is barely a 5,lol.

ROFL that exact opposite of what all the other reviews are saying "It’s a system that clearly leans on the fantastic combat from the Arkham games. "

this is satire, right? it has to be

Gotham Knights 2: Could The Sequel Be Even Better?

Amazon Slashes Up To 70% Off On Select Action Adventure, RPG & Shooter Games

The Loadout’s Game of the Year 2022 nominees: Gotham Knights

Taito’s “Puzzle Bobble Everybubble!” is coming to the Nintendo Switch on May 23rd, 2023