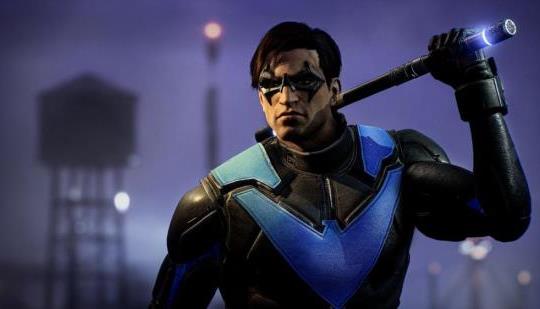 From RPS: "I watched a badminton match where one player was so dominant, his opponent looked like he'd largely given up. The commentator said, "Yep, the belief has all but vanished", as it panned over a guy who simply wanted to be anywhere but that court. At the time, I'd already sunk some hours into Gotham Knights and taken a quick break from the action to keep tabs on a tournament and collect my thoughts. But as I turned away from the telly to dive back in for another session, I couldn't help but think that if the same commentator had been in the room with me too, they would've repeated themselves. I'd simply had enough.

Gotham Knights is an action RPG set in – surprise, surprise – Gotham City, the former home of Batman who's not there anymore because he's upped and died at the hands of a supervillain. This leaves the daily chores to the Batman Family, a foursome dubbed "The Gotham Knights", who must wrest control back from a city that's taken advantage of Batman's sudden disappearance. The Knights are as follows: Red Hood, a large man with extremely defined forearms; Night Wing, who looks like Robert Pattinson's Batman; Robin, a bit of a dweeb; Batgirl, gets a point for not being another dude of a slightly different stature."

The combat seems fine. I mean what more can you really do. To call it tired come on go make your own game then. The batman games combat has been copied by numerous other games with success. I still feel it has some of the best combat. Im not clicking on the site to give clicks just going off the headline.

It's not even like the Arkham series in it's combat according to the reviews.

Gotham Knights 2: Could The Sequel Be Even Better?

Amazon Slashes Up To 70% Off On Select Action Adventure, RPG & Shooter Games

The Loadout’s Game of the Year 2022 nominees: Gotham Knights