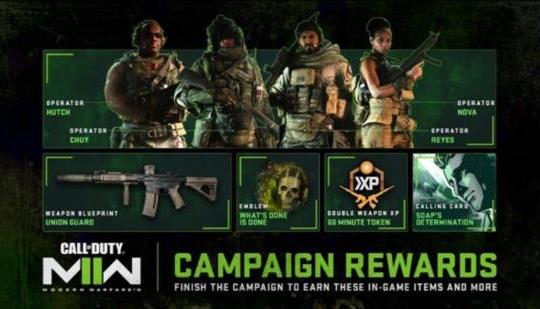 Declining sales? Lol, you might want to check online data before making statements like that seeing how Modern Warfare (2019) is now there top selling COD of all time, with Cold War almost as high. Just because Vanguard was a smudge on their record, that doesn't justify such an inaccurate statement just because you don't like the game. Not saying it hasn't been milked over the years, but it's clearly not dying and Modern Warfare 2, which will span 2 years for the first time in franchise history is likely set to break all records.

"Modern Warfare 2, which will span 2 years for the first time in franchise history"

Please elaborate, I didn't know this. About damn time if it is true. This'll be my first COD game since WW2.

I have, I don’t know where you’re getting Cold War sold almost as much as MW19 as the highest sales figure we’re given was the first month at 5.7 million units and no more information beyond that. Usually when a company gives no further numbers beyond this indicates not as expected sales. Going by it being called the “best selling game of 2021” and no given number beyond the 5 million it can be assumed it sold more than Pokémon brilliant diamond (14 million EOY21) and vanguard sold worse than that to the point they didn’t even give a number but it’s also said them at it sold better than Pokémon and given it was stated that in 2021 both vanguard and Cold War sold a combined 25 million units reinforces this. So yes, that IS a decline in sales as both of them sold less than half of MW19. So unless MW2 doe’s better than it’s predecessor then it’s apparent that their sales are declining. So share your source of info as you seem to have numbers that not even the publisher is sharing with us. Unless you’re the one giving inaccurate statements?

@Redgum there is no 2023 cod game being released. Instead there is rumor that every map from ModernWarfare2 (2009) will be released next fall in the new game engine.

Cold war was really good. Of course they're all similar. It's what we expect and want from COD. No break needed.

Really looking forward to DMZ after the half arsed attempt at extraction shooter by BF 2042. Hope DMZ is not watered-down / too casual.