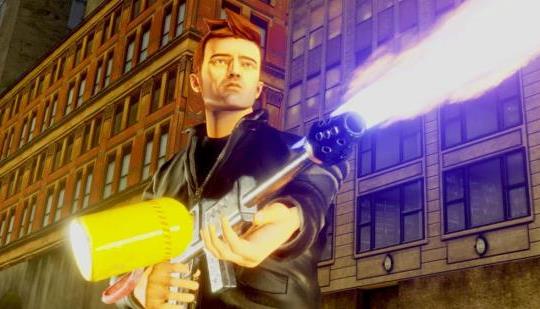 GTA: Definitive Edition has received a sudden update that addresses performance in Rockstar’s sandbox game, but also contains a mystery change in the codebase

Tbh I'm playing through Vice City now and it looks and runs pretty nice compared to when I played it day one. Obviously they could have done far more with it though

I know I’m prolly being biased, but I loved that foggy/misty (pun intended) look of the ps2 releases.

I never played it on PS2 I bought it originally day 1 on PC. I can understand if you’re not bothered by it if all youve played is the PS2 version. But this whole definitive edition is a smack in the face to PC players who had the definitive edition in the first place. It goes to show just really how little work they actually put in to this remaster. It really is laughable if it wasn’t true. Playing it now through PS+. Rockstar really have fallen!

To have it still run like garbage on a ps5 and I’ve had countless bugs already and I’m only about 5 missions in. Is an absolute joke!

What bugs are you seeing? I'm 25 hours in and I've not seen anything

Quite a few times missions haven’t started properly. I’ve had cars stuck to me. Loads of issues with police not working correctly I.e random guns shots when I’ve got no wanted level and I’ve gone to try and find out what’s going on and it’s a cop stuck in a bush trying to shoot me for some reason but either has terrible aim or the bullets aren’t working. Didn’t have any issues with the original, this is all within I’d say my first 2 hours of gameplay. This remaster is garbage.

That's really odd I've not seen any of that. The one bug I saw was the army still trying to chase me when I had 6 stars and visited a pay and spray. Apart from that it's ran flawless.

Incase you guys didn't know, almost all of the lead designers of the GTA series have left Rockstar. That includes Leslie Peter Benzies and Dan Hauser...

Yeah, t’m concerned regarding GTA6. Sure RDR2 was great, but that was 4 years ago… two years ago the leads have left. Rockstar is mostly new people at this point who haven’t worked on GTA5 compared to those who have (idk if that’s fact, but sure feels that way). Remember what happened to Rare when all of them left.

You are exactly the problem with the current gta fanbase lol

@TheLordOfStuff Only idiots buy shark cards for GTA Online, because it's easy to make a lot of money on GTA Online for free by selling drugs with the Nightclub Business.

Amazon Slashes Up To 69% Off On Select Action Adventure, RPG & Simulation Games

Amazon Slashes Up To 75% Off On Several Action Adventure, Racing, RPG & Simulation Games