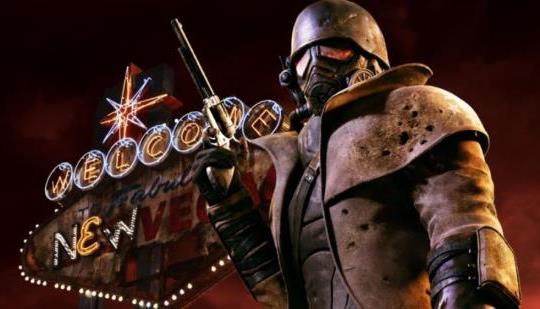 Feargus Urquhart : "At some point we'll start looking into what those next games are going to be, and I would be surprised if Fallout is not on that list".

I think Microsoft should let them

With Bethesda having their hands full with Elder Scrolls and now new games like Starfield it's going to be years before we get a new Fallout game so why not let Obsidian do the Fallout games until Bethesda is ready to do the main numbered ones.

For having a rushed development and strained budget Obsidian made one of the best newer Fallout games, if they were given more money, support and a longer development cycle I'm sure they could do something fantastic.

Obsidian's got their hands full as well with the upcoming Avowed (as large as Skyrim) and Outer Worlds II (which will be a much larger project since M$ money) after that. Plus they got smaller projects in pipeline as well like Pentiment. As well as supporting Grounded.
So .. I doubt they can take on a large project like a new Fallout project now (i.e. in near future).
Plus, Obsidian will have to use an existing Fallout build to create their Fallout game (like how they used Fallout 3 to create New Vegas). The latest Fallout build is of 76 which is wayy too old to create a new game upon.
They'll have to rely on Bethesda to deliver a newer Fallout build, which I doubt will happen anytime soon and I doubt the Starfield build will work (that'll involve a lot of conversion work at Obsidian's side + new game dev time).
Obsidian can't start from scratch using Creation Engine as well. Creation Engine kit is too finicky, complex and scripting nightmare. Obsidian will have to dedicate a huge amount of time and resource then which they wont.
Hence Urquhart says in the article, "If we were to do Fallout, it has to tie in with what Bethesda is doing with Fallout and a lot of other things".
And UE Fallout won't work as well, Outer Worlds is the example. If tried, UE Fallout will be like any other open world RPG but won't be a Bethesda level interactivity experience in normal 3-4 years dev time. It is possible but then huge amount of time and resources need to be dedicated to replicate the Creation Engine's scripting n interactivity in a UE build and that might take several years.
So in conclusion, New Vegas 2 only after Fallout 5, unless some other genre spin-off Fallout is planned before that.

What with Starfield's release in 2023, then a year of DLC, then development of Elder Scrolls VI, Todd Howard won't be available to start work on Fallout 5 until the latter end of the decade for a release coming at the earliest in the 2030s (😲!). So if MS/Bethesda can put together a team to build a Fallout game that comes outs before then, then it obviously keeps the fans happy and won't detract from whatever innovative developments Howard has in mind for what may be his last Fallout.

The Outer Worlds is alright but it's got nothing on Fallout

Im all for it. Make me buy the xbox x sooner then i thought i would. I love the fallout series. Bethsada never let them make another one probably cause they showed them up. New vegas was way better then 3

wouldn't it be more sensible to just build a PC?

Would love a official Fallout: New Vegas remaster/remake, where they finish the content/ideas they had to cut due the tight time/budget contrains back in the day.

I would prefer he didn't after how bad New Vegas was.