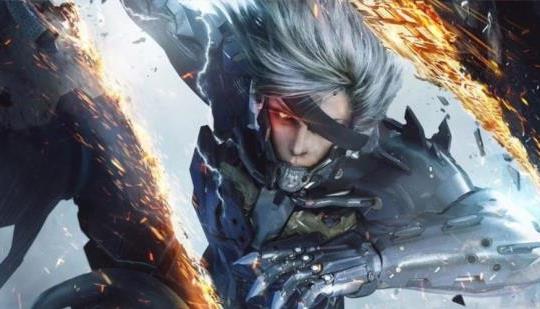 Before Konami makes a disastrous attempt at Metal Gear Solid 6, we need Platinum to return to Metal Gear Rising.

Anyone remember the original Kojima version of Metal Gear Solid Rising?
Yea I want that. Current tech will make it feasible.

bingo!
I was blown away at the time.
I never anticipated a game's release that much ever before.
and then it got cancelled ... : /

MGSR looked awesome. I was really excited to play it. MGRR was... honestly shit. I've never been a fan of Platinum's games.

Me either. I cant think of one that i have liked

For me, it's Vanquish.

I was very very disappointed when they turned it to MGRR ngl. I know it has its fanbase and its a good game.
But c'mon! It was and still is a cheap knock-off of MGSR.
MGSR was a "next-gen" game that Kojima envisioned at the time.
Its cancellation is still my greatest disappointment in my gaming life.

That's the Raiden game I could have gotten behind

Couldn't get in to Revengeance and I think it's because a lot of the stuff I had saw that sold me was what Kojima showed in the early days.

Bought it recently on steam when it was on sale, and I'll skip to the point. You take Rising, improve it, add a bit more stealth mechanics, someone with an understanding of a metal gear and you have yourself a good Metal Gear game. Especially after making a zombie game, it's probably their safest shot.

Platinum? Hell no, definitely can't be trusted to make a game even half decent anymore.

I make a big distinction between their licensed games and their own IP's. They've said that they make the former to generate revenue to pour their hearts into the latter. The only truly disastrous game they made was Babylon's Fall, but just before that they released the solid Astral Chain and Nier Automata.

While Rising was good, I wouldn’t declare it the “future of Metal Gear” since it’s more like a spin-off - the future must be a game with the same core stealth mechanics etc - not a hack n slash or rogue-like.

Metal Gear Rising: Revengeance is not one of the «two of the greatest action games of all time», come on, not even close. And it didn't do a «total reinvention» of the series, all of the ideas of MGRR were already thought out and made into a prototype (original Metal Gear Rising) by Kojima Productions. Look at the old E3 trailer made by them, all of the Revengeance ideas were already present there.

And to answer the authors' question of «how do you continue the Metal Gear series both without Kojima and without relying on endless remakes?» - you don't. Even if you have a team of professionals, without groundbreaking graphics, amazing complex gameplay, perfect music score and mindboggling convoluted storyline (not 100% good) with sprinkles of philosophy and weird humor, you'll just get another Metal Gear Survive. Do you want that? I don't.

And i wouldn't trust Platinum games anyways, not after their constant screw ups lately - Granblue Fantasy: Relink "contract come to an end" situation and huge game delay (was originally planned to be released in 2019, now it's 2023 after CyGames and PG broke up), quick death of that disgusting Babylon's Fall, another push of live services even after a recent failure. Then the new story about $4000 flat for the whole game for VA that plays the main character in Bayonetta 3 (Hellena Taylor) and Kamiya acting cocky and blocking people on twitter; and many more. Yeah, personally, i don't want them anywhere near Metal Gear, thanks.
I'm not trying to say that Platinum games have only bad games or anything - Vanquish, Bayonetta, NieR: Automata (i even got some enjoyment out of Anarchy Reign). But let's not act like Platinum games is some masterpiece makers nowadays.

P. S.: Not to mention, ditching stealth in Metal Gear is blasphemy and sacrilege. This is the DNA of the franchise. This is like removing skills and level ups in Diablo, removing shooting from Counter-Strike or replacing driving with walking in Forza. This should not be celebrated is what i'm trying to say. And stealth in Revengeance was beyond awful, even MSX Metal Gear games had better stealth mechanics.

“Not to mention, ditching stealth in Metal Gear is blasphemy and sacrilege. This is the DNA of the franchise. This is like removing skills and level ups in Diablo, removing shooting from Counter-Strike or replacing driving with walking in Forza.”

With a spin-off you can do different genres.

You can do anything with Mario, though (if we're using that as an example). And Nintendo did. It started as a Donkey Kong game i believe, then competitive Mario arcade, then platformer Mario bros., tetris-like Dr. Mario, Tennis, Golf, Paint, educational, Kart, Party, even Roulette, you name it. What i'm saying is, a ton of Mario games are not platformers (probably way more non-platformers than platformers, i think), the only "glue" that ties the games are Mario, Luigi, Yoshi and other characters pretty much, that's their DNA (at least, in my eyes).
Like, would you want to play a Mario game without any of the famous characters? Don't think so (at least i wouldn't). But something like Mario RTS with Mario characters? Maybe, sounds interesting.

That's why i think stealth is super important for Metal Gear specifically. You can make first person shooter set in the same universe with familiar characters, but without option to be stealthy, it would feel like a completely different game with «Metal Gear» name slapped onto it. Kind of like Metal Gear Survive did. I guess, stealth to Metal Gear franchise is like Mario to Mario franchise, if that makes any sense.

Sorry, i can't see the future of Metal Gear based on one decent spin-off.

For me the mainline Metal Gear will always be ''Tactical Stealth Action'' and not ''Slicing and Dicing Action''.

In my opinion, Metal Gear started straying too far from actual military equipment and started making too much mad technology. The odd bit of strange tech is good but not where everything may as well be 500 years in the future. It was better with MGS1 when it was just soldiers carrying a FAMAS and wearing a balaclava. Not some human/robot hybrid jumping around with a lazer gun or whatever.

Raiden would slay with next-gen hardware. Someone please make this happen!

Platinum did like one good game and thats Nier Automata.. because they were funded by Microsoft at the time to make Squareenix that game.

no thanks give me mgs6

Kojima Productions still collaborated with Platinum on this title

A sequel wouldn’t be the same without that collaboration

While I enjoyed MGRR, I wanted what was originally shown. MGRR was a bit too over the top imo. As a non canon spin off it was fine, lacked polish but the idea was there but I still think the original vision was a superior game.