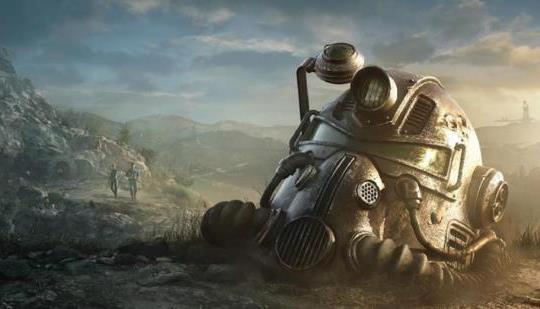 Fallout is turning 25 years old today, and Gameover celebrates the classic series with this retrospective that reflects on how the series started, where it has been, and where it might be heading.

Fallout 1 is close to my heart, not only because I experienced it close to its release, but for the weird, still serious tone it had. I was immersed in the world and the first post-apocalyptic games I really liked. Still, can't and won't recommend it to anyone today. Too clunky and technically outdated. F1 should get a Wasteland 2/3 like remake.

I loved the themes and writing in Fallout: New Vegas, the execution of them though was underwhelming to me, mostly because of the limitation they had to work with both time and hardware related. This game also screams for a proper remake.

Fallout 4 was disappointing to me at first, especially how the factions are handled, too many generic MMO like missions and the whole third act which should have been changed/expanded. But still it's my most played Fallout after they added Survival Mode to it, the gameplay and the world is becoming much more intense. Garbage collecting and weapon upgrades make a difference, especially in the first 30 levels. Settlements also become a real save heaven, so after bigger missions/explorations I like to wind down with improving my nearby settlement.

So as of today, Fallout 1/New Vegas and Fallout 4 are my favorites in the franchise.

I played 1 and 2 back-to-back a couple of years ago for the first time. Fallout 1 was good but it was so weirdly content-barren. You had this huge map with almost nothing to see. 2 delivered a ton more content, characters, world-building, and more, despite being made within a year after 1, I think? But you are right, Fallout 1 has a distinctly different tone compared to the rest of the franchise. The combat... didn't age well in both of these games, but I think they are still worth trying.

I actually enjoy the combat system more in the earlier games. Just a nice revamp wouldve been fine. I do enjoy new fallouts and its still one of my fav series but fps eh

Fallout 2 ramped up a lot more content and improved with the QoL features, with a lot more people involved this time. The core team of Fallout 1 leaving early in production (they formed their own company Troika) might show the lack of direction of the game.

It had interesting ideas and themes in some areas (Den, Broken Hills, Vault City, NCR, Sierra Army Depot), but their work were seemingly tainted by some mouthbreathing edgelords in their team. There was rarely an area which hadn't some (for me) stupid things in it. There seems to be a designer which had an overabundance on what ran last night on his tv (Frank Horrigan, Xenomorphs, Scientology Celebs, Clinton Sex-Scandal, Ghost Stories...), the single idea guy who added intelligent animals to all areas and another guy who just added (partly) edgy jokes/joke characters everywhere.

The regression of humans to tribals within 80 years after the bombs fell didn't make sense to me. The existence of G.E.C.K. and what it does was too far out for me. I hate the idea that vaults were all experiments (as if people wouldn't become weird or conflicts heating up there by default) which became a staple of the series from now on. But on the other hand I loved quests and interactions which span between areas, that you can revisit areas from F1, how they handled Super Mutants (expect for magician Super Mutant Melchior) and Goris was at least cool asf.

So I don't hate F2, but the more I had think about it, the more it drops in my personal ranking. Every dumb idea people knock Bethesda for has roots in Fallout 2, except maybe for Mole Miners and Scorchbeasts.