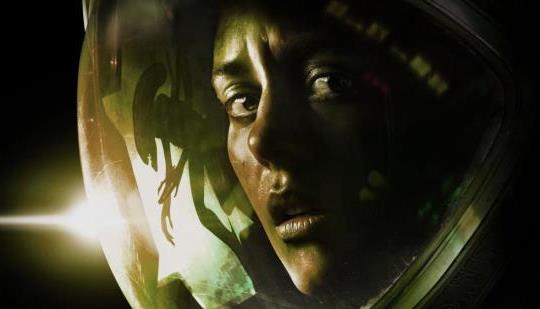 Eight years later, Alien: Isolation is an unmatched horror gem – and the high-tide of licensed games

The scariest Xenomorph out there is probably the stalking Amanda Ripley, and the star of Creative Assembly’s extraordinary horror game.

Please port to the PSVR2, it could be a great use of the adaptive triggers and 3D audio 🙏

You can mod it on Pc for vr if you have a pc. It’s not great but it definitely increases the scares

The PC mod was fun for a short while years ago, but it fell way short of what you'd hope for.

These days, I don't tarnish the VR experience with quick fixes. I'll wait for the real thing. If it never comes, at least I didn't have an mediocre experience.

But give me the real thing, professionally built to maximise what we can do in VR today and I'm ALL IN!

Alien Isolation is my favorite horror game of all time, and I have been playing video games since the mid 70's

It is a great game and captures the feel of the original Alien movie so well.

The evil within also came out around the same time. I was in horror gaming heaven for a while there.

best horror game hands down, I remember IGN gave this masterpiece a 5/10, their review was a complete joke

I stopped listening to IGN way before Alien Isolation came out.

I would agree with that score sadly that's what i would give it after my experience and i really gave the game a fair shot i really did and i wanted to love it, i've put at least 6 hours in and i did that not only because i adore horror games but because i adore Alien and Aliens and i just don't get why people praise it so much. The game is drab and kinda dull, the pacing didn't work for me at except for the solid beginning, there was too much happening and the gameplay is just so outdated (the hiding from enemies and shit) and a bit clunky .. i get hiding from the Alien that's dope but why the hell did they force in those robots or androids or whatever they are ? That's the part where the game died for me for good when that was introduced.

Awww. Someone who doesn't know how opinions work.

You realize you don't need to say "IMO" or anything similar for something to still be an opinion, right? They teach this to 2nd graders, you know?

8 years is too long to excuse a sequel not being made. Then again SEGA is full of dumb

They considered 3 million sales a failure. It’s not getting a sequel because they’re dumb. They made a l4d knockoff instead that no one played.

Are you talking about Fireteam Elite? Because Sega had nothing to do with that game.

Love this game. It was one of the better games that used the Xbox one camera well. The Alien A.I was also excellent

I have this but never played it. I always wanted a great aliens game since alien 3 on SNES and alien trilogy on psone. I know this was good but I wanted something a bit more action, not so horror. But maybe I should fire it up.

We all wish Colonial Marines had been good. Regardless, Isolation is really good

Isolation is a great stealth/survival game with unmatched atmosphere that really captures the feeling of the original movie.

Aliens vs Predator was/is a very good action game where you could play as human, alien, or predator in 3 different short campaigns and the multiplayer was also decent.

Are you talking about the Atari jaguar version because that one was the best aliens vs Predator game I’ve played.

Outlast clone? Outlast didn’t even start the hide and seek genre you fool