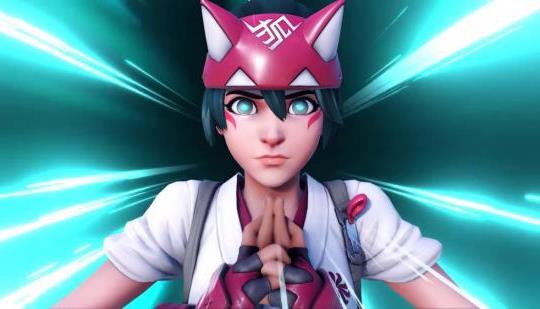 Adhttps://store.steampowered.com/app/1488200/Symphony_of_War_The_Nephilim_Saga/?utm_source=n4g&utm_medium=native&utm_campaign=sow_n4g_native&utm_content=png
- Comments (64)+ Comments (64)
TopNewestOldest
Expand all
The story is too old to be commented.

Such a vile practice.

You pray on the weak and foolish, I'll skip your game. It's that simple.

Nobody's grinding for 5 years for cosmetics, so the two scenarios are the same thing, as far as I'm concerned.

^^ I think paying for cosmetics is stupid period, but isn't this very common practice for a bunch of these types of games? In typical N4G, this is just another post of "ILL NEVER PLAY THIS GAME" keyboard brigading, but i was genuinely curious if Overwatch was that different from other titles?

I personally dont care/dont play Overwatch but do find the anger over paid cosmetics funny.

Agreed. I was a huge day 1 fan of the original Overwatch. I won’t be going near this half sequel stuffed with MTs and no sense of real in-game progression without cracking my wallet every time I see something in game I’d like for my characters. No thanks, all good.

It's a free to play game, did you expect to get all the cosmetics for free instantly? They have to make money somehow, making money off of completely irrelevant cosmetics should be the least objectionable way to do so

I don't understand how anyone can be ok with this. This is just evil.

it's a costume for a video game dude. reel it in

Just another great example of games being turned into slot machines, with no real reason to make a true sequel in the future. Just keep the battle passes rolling in, right?

It was just horse armor dude! Reel it in.

That's how it all started with horse armor, which turned into online passes, and now everything we use to unlock while playing has been turned into micro transactions

Cheat codes went away because there is a market of casuals who are willing to pay. It use to be if a game was hard just enter cheat codes and enjoy but now the games have been made so grindy that publishers know their game progress is slow so they are selling XP boosters

So please don't say it's just cosmetic. The so called cosmetics have messed up so many games and now affect major releases like halo infinite too

@Ray-moondo - when you say things like "it's only cosmetics", that's what gives corporations the conviction to push more and more in regard to what they can get away with.

Everyone keeps bringing up the horse armor things because it was a major flashpoint to how things are ran in the industry now. Because there weren't enough people that cared about what could happen, we now have games being cut into microstrasaction madness and battle passes all over the place.

Stop giving corporations cover by saying "it's a costume".

How long has it been since horse armor? I think this is now the gaming standard and not some new thing we have to watch out for and rally against.

Time to stop being outraged at an industry standard.

I mean, it really is as simple as "it's just a costume"...either pay to get it, grind to get it or don't get it at all.

***when you say things like "it's only cosmetics", that's what gives corporations the conviction to push more and more in regard to what they can get away with.***

And when they have, we've pushed back.

One day it's horse armour

Next thing you know you get this shit

If you don't stand for something, you'll end up falling for anything.

It's a cOsTuMe fOr a vIdEo gAmE DuDe. ReEl iT In.

There’s always that one person that doesn’t understand how predatory this is.

This is a bad practice, but if people would just stop caring about cosmetics, this issue would go away.

I'm not so sure about that. I think rather than go away, the issue will just be pushed into some other facet of gaming. They'll never stop trying to find methods to drain anyone willing to be fleeced.

SenorFartCushion59d ago (Edited 59d ago )

Apparently it’s because there are always people wearing them while playing. The other players can act as walking advertisements. Companies make sure to create and maintain fomo using myriad systems, the majority of which go unbeknownst to most players.

Thats..crazy. I will never buy any form of a skin ever.

This isn’t a sequel to a video game.

It’s hardly a video game at this point

Just another slot machine for the uninitiated kiddos IMO

No wonder MS want AB, they fit right in with each otters terrible practices.

Everybody could just like you know not play this game. Most of you will literally let these corporations do whatever they want to you and your wallet.

We went from loot boxes to making unlockables take 5 years to unlock. Yes they're just cosmetics, but there's always an excuse given, and a point that's not understood. These are shitty business practices, along with 70 dollar games, season passes that don't outline the content, and microtransactions in single player games. They only lead to more and worse business practices with absolutely no benefit to the consumers. What do any of us get from defending this crap?

Welcome to the club that Gran Turismo 7 owners are in. We either grind for years or pay more than $200 USD for a "classic" car. The gaming industry is going fucking crazy.

Didn't they fix it? Pretty sure they did. You can get money pretty easily in GT7 now

grind for years?? you clearly don't play the game then.

you're a prime example of but but but...SONY is evil too troll!

Isn't this essentially how Battlefront 2 started?

I ask because I love playing that game now but I only played it after the fiasco when it dropped.

I remember when cosmetics were unlocked for achieving things in games like Resident Evil...simpler times.

Warframe's pretty much my only point of comparison and while it is all about the grind there's nothing, at least when I last played it, that would take you a month of grinding to acquire never mind five years. That's not good.

What’s worst is the postpaid phone number requirement. I hope Microsoft somehow fix this once they fully acquired Activation.

TotalBiscuit would love this news.

Times like this I think back to the horse armor and slap myself for having bought the dam thing.

shame on you DUDE! go sit in the corner and think about what you did!

It's a mobile game.

I just… I just can’t with this.

Wut?
how can anyone be so tonedeaf lol.
absolutely not gonna play it now. the fuck.

Who gives a shit, it's just cosmetics. People dumb enough to play these games will likely unlock everything anyway because the game peaks over 5 years of life.

But people want everything NOW ! Its a free game let them charge for cosmetics and let the stupid people buy them . Im in the same boat I dont give a shit. But thats how gamers have come to be sadly

What the actual Hell?

Yeah , totally worth the time ……

WTF is wrong with companies ? Why even make it unlockable with such an insane amount of time needed ? They are saying you can get this but it takes so damn long just buy it instead . Instead of making it locked unless you buy they are trying to make you think of the time it would take to have an impulse to buy it . Horrible using psychology versus kids to buy shit . It’s mostly kids who play games like this .

I tried to play the game cuz i never got to try the original, i downloaded the game, i just tried to log in, i got "999 before you" i was waiting for a long time, then it reseted or something, i got the same thing with like 688, then something like 771, since kept reseting, i turned off the game, i tried another day, same s****, on my my fourth day trying i decided to give it some time again, it went from 899 to 1 (btw, this s**** doesnt even tell you that you are moving forward until you move like 100 spots, so for a while too i wasnt even making any progress), after about 30 mins, i managed to pass the line of people, i thought " i finally get to play this game", and what i get, just the logg in into blizzard account, so i just tried to log in mine, the one i created on hearthstone, but it said was linked to my usa psn account, i couldnt use it, so had to create a new one, i said f*** and did it, once i did it asked me for a phone number, when tried to put mine, it said was alredy used in another account.. well at this point i was more than simply annoyed but just placed my other number (i got a phone i bough just to play games so i had a second one), so i created thea account to finally play the game (or that was i tought, since the game sent again to the number 999 since it reseted after i was logged into an account. At this point i did what any normal person would do, i closed the stupid game, and even tho i havent deleted this trash yet because i went to play another game just to forget, ill just do that.

I still can not get a match yet . Been trying for 3 days now .

Overwatch 2: What to expect for Season 2: Ramattra and the Battle for Olympus