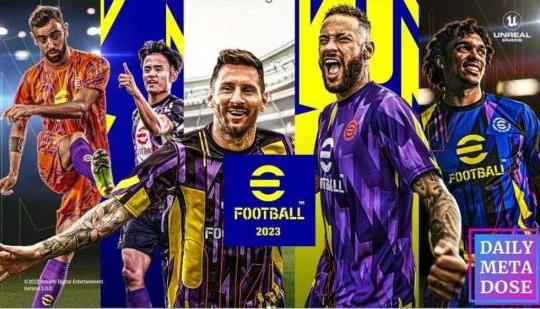 Version 2.1.0 update patch is now live at eFootball 2023 on all its platforms and here are the complete patch notes.

Excellent footie game but let down by fans who actually want to play as there team.
I play as Everton's starting 11 and I'm always playing online Vs the world and you basically get you're assed kicked cause everyone has all the best players in there team.
Why can't we just have a footie game with the original teams ffs without all this packs shite.

There is an option to play as the real teams however it is limited. The game is designed around creating dream teams though.

Yeah I get that fella just annoys me lol, whatever happened to footie fans wanting to play as there own teams.
I guess it's f2p so fair enough tbh and like you said it's based on dream teams.
Also annoyed there in no Frank lampard as manager yet ffs haha.
Edit: do we know if there adding a traditional campaign season like premiership single player?
I'm hoping they can do a custom league allowing the player to choose the teams they want in there league etc and some cup competitions.

They always said some form of single player master league was in the pipeline but there’s been no mention of that in ages now so I’m starting to think that may not happen.

The new season gets underway as eFootball 2023 rolls out

Pokemon Scarlet and Violet are great, but the future of Pokemon games is concerning