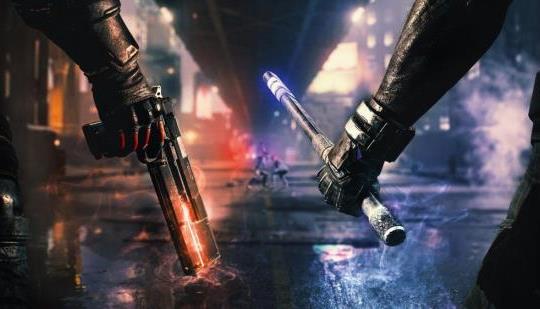 Gotham Knights isn’t trying to be an Arkham game, and that’s its greatest strength | VGC

From Gotham Knights: "Batman is dead. What now? That’s the question at the heart of Gotham Knights, the newest game from WB Montreal. With “The World’s Greatest Detective,” gone, his proteges have united to look after Gotham in his absence.

This isn’t an Arkham game. It’s worth getting that out of the way first. While that series was incredible and paved the way for some parts of this game, Gotham Knights seek to prove itself, much in the same way that Batgirl, Robin, Nightwing and Red Hood seek to prove themselves, and emerge from the shadow of Batman."

"Since there’s a fair amount of gameplay that focuses on actual detective work, such as solving puzzles based on in-world clues and examining small things on desks, a lot of care has been taken to make sure all of these details look crisp".

That's nice to hear, I really enjoyed these setpieces in Arkham Knight and was worried that Gothan Knights would be much more focused on combat only

myfathersbastard54d ago (Edited 54d ago )

Everything about this looks and sounds great. With one acception that actually turns me off from the whole game. The level based enemies and “number shooter” style combat. I can’t stand it. These are super hero’s. I don’t want to go against a random goon and have to pound on him for 5 minutes before he goes down. It makes no sense. And usually in those types of games your skill far outmatches the games anyway, so it’s not even a challenge, it just becomes about dancing around and wasting time till they go down.
As cool as it looks (questionable traversal aside), I think I’ll be waiting on a deep sale or even gamepass for this one.

Gotham Knights Review – Lock Me Up In Arkham | The Outerhaven

Gotham Knights Did Make Me Miss One Thing About Batman: Arkham

How Suicide Squad: Kill the Justice League Can Succeed Where Gotham Knights Failed