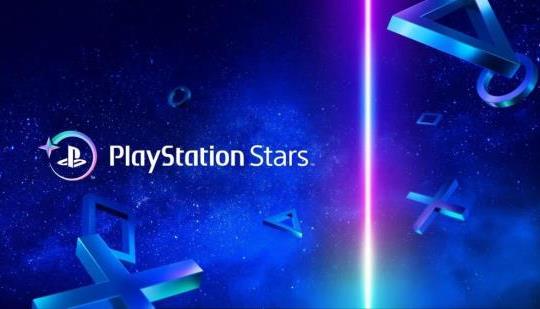 PlayStation Stars live in US, but has "random" two-month waitlist for some

From Eurogamer: "Sony's PlayStation Stars membership program has now launched in North and South America, though some fans have been told to expect a waitlist of "about two months" after signing up.

Sign-ups are now live via the PlayStation App and PlayStation.com, Sony has said, though new members will accepted on a "rolling basis" and some should expect to be "randomly put on the waitlist".

If you are put on the waitlist, you will be able to gain access "in about two months" from your registration date."

I signed up here in Canada and got accepted no problem.

Only new members are subject to the wait list going by the article. The headline didn't clarify that point.

I mean by me signing up, wasn't I a new member?

I was going to say, as far as I know, I signed up in Australia and got accepted right away.

i used the PS app... signed up no problem. I'm trying to figure out the 'launch a game that matches a 1994 song'. I suck at these types of things because I cant make the connection. Is it game similar to the title or artist of the song or something else?

You just have to launch the game that is similar to the song name. So for the circle of life song, what's a game or game title that has to do with coming back to somewhere/something?

I'll say right now that the Mr Jones x Regulate one makes no sense to me. I don't understand how it's even tied to the game unless the lyrics somehow are.

So more human than human could be... detroit become human? And circle of life makes me think of lion king but maybe it could be returnal (the coming back to something as you say)

Anybody figured out the Hit Play/1994 scavenger hunt? I tried googling the songs to see what games they're tied to and it was an epic failure.

I was thinking the more human than human was a nod to detroit become human...?

Oh dang, I didn’t even think it could be like that. I thought these songs were literally in a game. Lol, now you’re going to have me digging through my library to find possible fits for song titles.

Were you able to finish the challenge? I downloaded Heavy Rain today and played a little and nothing registered.

You rock, man! I appreciate you posting this.

I have al of those games...Just no space to download them all.

I think it's awesome that this isn't some pathetic senseless click and get points kind of attempt at a reward system. One of the challenges is an actual puzzle which is great

For anyone wanting the answers to the Hit Play 1994 Challenge.

Nicely done! Do you just have to play one of those games?

I’m having a long delay between the time I play one and get a reward. Simply playing a game took like 2 hours to pop.

That's a long delay, I think my ps3 one popped if you talking about the ps3 console rewards it says just play any ps4/ps5 game.

Should be easy we have some free via plus and we just have to launch them and back out.
Edit:
Nevermind you gotta do them all to get the point i think

I’ll let you know once I get credit for SFV as that category had 4 games. So I should either get a reward or 25% progress. Nothing yet.

I launched Returnal but it hasn’t registered either.

I just booted up Ultimate Marvel vs Capcom 3 to get the reward before i could even start a match. Played Infamous on PS platinum for 5 min to get the PS3 reward.

Returnal isn't registering anything for me either.

@blackblades
Update: I just popped my SFV one after a near 12 hour delay lol. Nothing yet for Returnal.

@versusDMC
What’s the requirement for the PS3 collectible?Do you have to play a PS3 game and if so, can you do it on an actual PS3? I only have PS Plus Essential.

I assume these would be all PS4/5 titles as I have Heavy Rain but it is the PS3 version. I don't think that counts.

Heavy rain was part of PlayStation Plus a few years back. Check your catalog.

Your PlayStation Stars update for November 2022

PlayStation Stars Items Would Be Perfect for a PlayStation Home Reboot