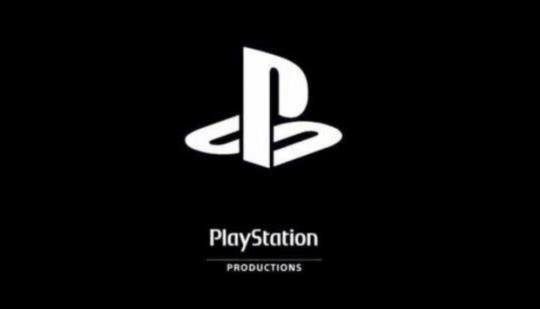 PlayStation Studios head Hermen Hulst in an interview said Sony's investment in FromSoftware could lead to IP from the company being used in future PlayStation Production projects.

"You should think of collaborations on the game development side first and foremost, but it's also not unthinkable with our PlayStation Productions efforts that we explore opportunities," said Hulst on FromSoftweare.

I’m going off history and the many adaptations we’ve had for decades and say God of War, Horizon etc will probably not be good.

If animated, the sky is the limit as they can get the same voice actors from the games. If live action (like LoU) then they will try to get the best person that fits the part. Even though this is the PS side of Sony saying all of this, the entertainment side (that is experienced with music/movies/TV) will be the ones to put it all together.

Animated is usually fine because like you said the sky is the limit, too many possibilities

However live action stuff has always been bad to below average

And I said bad to below average

The first Silent Hill movie was ok but the sequel sucked because they changed director's. I'm looking forward to the new Silent Hill movie that's coming in 2023 with the original director Christopher Gans but that's not saying too much. It probably won't still be good

... they must be hard of hearing because no one is clamoring for a from software TV show or movie. People want both a new ip exclusive to ps or a damn 60-120fps remake of bloodborne. It's amazing how much sony doesn't understand its audience anymore.

"You should think of collaborations on the game development side first and foremost, but it's also not unthinkable with our PlayStation Productions efforts that we explore opportunities,"

The guy literally said that games are a priority. The interviewer was the guy talking about shows...

The people that do the TV stuff don’t make video games . They may get some consultation from the video game makers but it’s not taking away from games at all.

Can we just make games?

This sounds eerily similar to the days of the Xbox One generation. Tv, games migrating to PC, expansion into mobile, gaas, etc. In other words, it feels like Sony is stretching its resources in places where it probably shouldn’t. Xbox had a lot of crazy ideas back then and none of them panned out, I just hope we continue to get the games PlayStation is known for and won’t suffer from a lack of resources being spent elsewhere.

Agreed! I’d rather them use that money and the resources to make games. Preferably, if they’re willing to take a risk on shows and movies, I’d rather them make new game IPs.

Yes! They’re getting away from what made them great and it was always the games that was synonymous with PlayStation, not the tv deals, not the PC/mobile expansion and not the disbanding of Japan studio. I think this new philosophy is associated with the relocation of headquarters to US. This train of thought wasn’t present when it was Japan centered.

It is very sad what is happening to Sony.

I only realized the other day when making a comment, we only have 1 first party exclusive announced for whole of 2023 (Spiderman).

Maybe if your like 20 but sony has a much longer history then just gaming. In fact movies music electronics and lets not forget the walkman is what allowed them to step into the gaming world. Sony was a pretty great company with top of the line quality before gaming.

If they're anything like the Uncharted movie then idc. Hopefully Last of Us turns out better and they go from there instead. Bloodborne would make a great anime, while the Souls series could potentially work in live action, but it needs to be grounded in realism and needs to be made like a big budget time piece kind of show.

It sounds obvious, but I don't mind a tv/film adaption so long as it is done right. The last outing with Uncharted was a bit of a miss for me. There were elements that felt and looked good but all in all, they tried to put too much in there and build up a world of adventure that felt aimed at teens.

The Last of Us looks promising and can't really be judged until it hits the screens.

I think that in general, don't sacrifice quality for the cash of a larger audience. Build the best product for the target audience and the rest will fall in line.

it sounds like Hermen Hulst has covered all the bases

If Sony would make one it would likely be a movie to focus on characters in a "human" story rather than the deep lore and world building since the mindset is very different, I think Fromsoft can get their point across very well if they work with a anime studio from japan

lets wait and see how The Last of us turns out. if its brilliant im open to that idea.

Stick to anime adaptations if they must do it

Agree 0Disagree 1
▼✖-+
SPAMInappropriate
Show all comments (24)
The story is too old to be commented.
40°Fresh