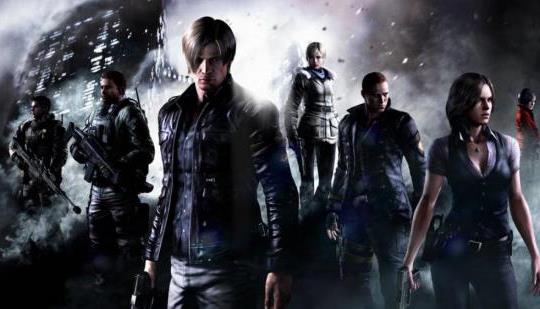 Resident Evil 6 just turned a decade old. But is it finally time to look at it in a different light?

I figured both 5 & 6 were black sheep of the series.

Nah. As an action game RE5 is pretty decent. RE6 is just a bad game.

I thoroughly enjoyed RE5! I Had great single and couch co-op fun with that game!
RE6 was complete Sh1t.

You could run and shoot in 6, which by default made it superior.

I feel 5 still has a lot in common with the core of the re franchise but certainly focused heavily on action once you get past the half way point but I personally thought they built a good story and setting and the characters both leant to being more action fast paced with their proposed combat skills over a slow crawl.

6 was a result of Capcom trying to experiment with game development farming out the development to multiple studios hoping to get them to make 6 in half the time while chasing industry trends at a time where Capcom had inafune get them to explicitly try to cater to western audiences instead of sticking to what they want to make quality be dammned which is why we have levels that were definitely cod inspired.

Nah just 6. 5 was RE like but it was solid for the time. 6 was just horrible

Resident Evil Re:Verse could be a candidate to take RE6 place after it is released this month, but I doubt people will even remember it a few years down the road. RE6 will probably retain that status for the rest of the franchise days

There have been many spin off stinkers of Resi. Umbrella Corps. And Dead Aim were even worse than 6. But 6 is still the biggest let down of the series

Nope Dead Aim at least nailed the atmosphere and soundtrack despite being very short like all Gun Survivor spin offs are.
It was actually pretty fun game when using Guncon 2 or even USB mouse.
Morpheus scared the crap out of me as the first trans boss his final form required you to actually aim for his whack a mole style weak spot and it can get pretty tense.
CP Rifle in extra game was awesome.

More so when they saw the criticism of the co-op and action over horror focus of RE5 yet decided to add onto with RE6 while saying the game was back to its roots.

It was more ridiculous, more over the top, added far too many characters, wasn't scary, no horror and they ignored everyone after RE5.

Since Capcom forgot it's coming out this month, I completely forgot too.

It'll be at that RE showcase I'm sure but damn they completely skipped it at both Gamescom and TGS didnt they?

I finally played 6 co-op with my brother after loving 5 so much and hearing that 6 is just bad, but we wanted another co-op game. I will say I loved the experience of playing with my brother and laughing our arses off the whole time with the trash acting, voice lines, and absurd plot. Not a good game by any means, but an experience I'll never forget. What a meme of a game.

LucasRuinedChildhood54d ago (Edited 54d ago )

I picked up the PS4 version cheap on PSN 4/5 years ago initially just for Mercenaries. Only judging it on that, the gameplay was pretty tight and I was having a good time, so I decided to play the campaign ...

Not going to lie, I actually had a lot of fun playing the campaign split-screen with my sister. We kinda loved the insane goofiness of some of it (and had friendly damage enabled too). haha.

We laughed a lot which probably wasn't the desired response, but you know ... while is a very stupid game, it has a certain charm to it. The gameplay is pretty fun (there's some advanced mechanics that aren't in 5) and it has so many decent setpieces. We were definitely never bored. My sister had no issue with combat (even on a high difficulty) but kept freaking out and dying during the chase sequences. Seeing all the varied death animations was morbidly funny.

It's a bad horror game (for the most part), but with so many good horror RE games released since then, I really don't care. I got something worthwhile out of it. I could understand how the game could break someone's heart, but it warmed mine. lol

couch co-op <3 I love it every time

Yes, yes it still is. Some of the worst controls, horrible story telling, and split narrative among characters that didn’t come together to make a cohesive chapter in the resident evil series. It’s by far the worst mainline title to date. Easy, next question…

I’ve actually beaten RE6 like 4-5 times now I think lol. The interactions between Leon and Helena when you’re ordering her around is hilarious 😂

I loved RE6, the story was pretty good and the gameplay was really fun.

But it was NOT a horror game and barely a Resident Evil game.

RE6 wasn't even feel like Resident Evil game it was so action driven and QTEs infested that this would do well as a medium budget action game in other name.
All the melee and evasive moves are cool yet serverely undercooked the graphics somehow looked worse than RE6 and no unlockable weapons, that one alone is a crime it literally break the tradition of the franchise that you at least have access to superweapons and can really benefit RE6 the most being the most action heavy game of all yet they cut all that out for stupid skills and perks.

I only found RE6 fun campaign co-op with a friend solo the game itself is complete shit.

I loved re6 story i think its the best one, but it had the worst gameplay of them all

but 6 ... i dont know. i hated Leons campaign because of his partner and it was in general just a weird game. i didnt enjoy it as much as i thought i would

I didn’t like the action direction that 5 went with but it was a good game still. Re6 couldn’t figure out whether it wanted to be re1, re4 or re5 so they just offered up a bit of each by splitting the gameplay designs amongst the different story’s. It was a mess and a meme and so damn long to finish. My wife and I hated it but we enjoyed our time with RE5… “Sheva! HURRY!” Is something we always reference when we need the other to hurry up lol

Resident Evil 6 10 Years On - A Mismatch of Ideas