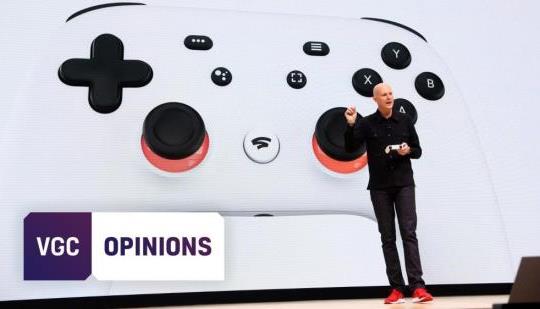 From VGC: "I do not think any of us were particularly surprised at yesterday’s news that Google is closing down its short-lived cloud-gaming experiment; this is not a company renowned for its persistence, and it has been hacking away at the thing with a butter knife for some time now.

The axe was always coming, then, but I was personally quite saddened to see it finally swing. Stadia had so much potential. It actually worked, a lot of the time! And there were just enough use cases for it to suggest that maybe Google should have stuck with it a while longer.

I know a number of developers who were using it for playtesting, and found it such a godsend during the pandemic that they have stuck with it even after returning to the office. A few pals are quite upset that they no longer have a way of playing Destiny 2 on Steam Deck (Bungie doesn’t officially support the device, considering it to breach its anti-cheat systems)."

It was dead day 1 of release

It "died" years ago. Google is just rich and stubborn. They kept a brain dead vegetable on life support expecting a miracle.

Yeah if it couldn't profit during the pandemic it was going to be game over for sure.

It was doomed from the get go with such an horrible bussines model and false promises.