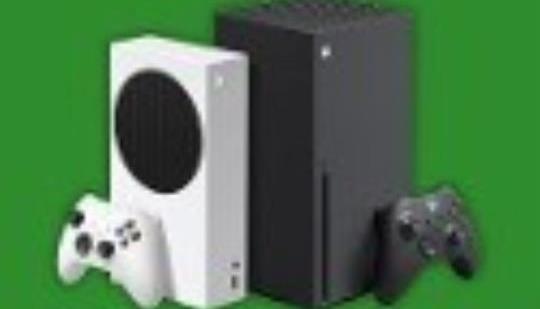 Microsoft has seen the sales of the Xbox grow since the release of the Xbox Series X|S as the latest generation consoles have already sold nearly three times that of the Xbox One. But it is currently tracking behind the Xbox 360 in the country.

The director and president of Team Ninja Fumihiko Yasuda said Xbox has seen growth in Japan due to help from Game Pass. However, he says Nintendo continues to dominate the console market.

That's good but nothing compared to 360 days tbh imo.

Nintendo is an ocean

Microsoft is a tear drop in comparison

At the moment, you would be correct. But we can speculate that Microsoft and Nintendo are working on some sort of partnership that will give them an edge in Japan.

Remember when that Kojima Luden's statue was on Phil's shelf and ponies tried to convince everyone that it meant nothing? What happened a year later? Death Stranding on PC Game Pass.

Well, there was a Switch on that shelf as well....

Why would Nintendo work w h Microsoft in order for them to lose ground in their own territory??????

The partnership, if there is one, would be beneficial to Nintendo more than anything if it was a matter of hardware sales.

death strandings exclusive contract ran out, its as simple as that.
lets not make it anything else than it actually is.

japan is not a fan of xbox, its as simple as that. theres absolutely nothing wrong with that and has nothing to do with anything other than it not being popular there.

@LOGIC
Logic do you really have to be HIGHLY INAPPROPRIATE and derail the conversation from the good of Xbox doing way better in Japan TO a ATTACK ON SONY FANS.

"But we can speculate that Microsoft and Nintendo are working on some sort of partnership" - why? Why would Nintendo partner with Xbox for anything? They don't need their help or support. There's literally no proof or indication that either are working together.

Yet they're not even trying and gaining traction; thus they're looking to push and expand there.

Nintendo obviously owns the market, and we have Sony who doesn't even care for it anymore.

More unsubstantiated drivel Madlad, Phil has been making noise about courting the Japanese market forever, so you don't get to say that MS isn't even trying to get a foothold.

The reality is, Japanese consumers don't like Xbox, never have. Xbox are 4 generations in and still can't gain any traction and saying they have sold more than they did last gen is so desperate its laughable, when you consider how dismal last gen was for xbox in Japan.

N4G avoided to report it for some reason but Xbox is doing better over there. I think it has something to do with JRPG gamepass drops after the TGS show and PS5 just being more expensive.

Obviously Series doing better isn't too surprising considering how terrible they did last gen over there. Anything is better than last gen for Xbox.

Team Ninja isn't off base here.

That’s more to do with stock. Look at the weeks when the stock gets full refreshed, it’s 2-4:1 ratio usually and dwindles down after. That’s been the trend for the last few months

Regardless, Xbox is def getting some more ground there, but honestly even with the PS5 sales, Nintendo is a different beast there

Agreed that Nintendo dominates Japan. PlayStation and Xbox have basically been wiped out there.

Theres more of a gap between ps and xbox than nintendo and ps. Its interesting how you lump them in the same boat.

That was the point of that comment and this article. They think Sony and MS are on equal footing in Japan. xbox guys tend to ignore reality and create their own.

Silly: "That was the point of... this article. They think Sony and MS are on equal footing in Japan"

The heck kind of reality do you live in?

@Tacoboto
Well, I don't live in the reality where Sony doesn't exist. In the article itself, they don't mention Sony until the last sentence of the last paragraph, but we all know that before MS can touch NIntendo, they have to get past Sony first. VGC left Sony out of the convo for a reason.

Acting like the playstation doesn't exist doesn't pit MS against NIntendo in Japan. So, I guess I live in the real world.

Sept
Oh really? Isnt that obvious based on price and launch dates? I was refering to the ps4 and xb1 which are fully saturated.

Famitsu’s latest sales figures showed that around 98.5% of hardware sales in the region were Nintendo products, and 9 of the top 10 software sales were on Switch.

So yes, they’re in the same bucket - both are being dominated by Nintendo.

Well, maybe if MS makes a couple dozen more trips to japan, they'll be able to get a quarter of PS's lifetime sales in Japan.

Both Nintendo and Sony are dominating xbox, so what's your point? It's the same thing worldwide, despite wishful thinking.

An article about Xbox doesn't mention PlayStation. Except in one reference to sales figures. On a sales tracking website. That shows Playstation with 6x the sales lead.

Again what reality are you choosing to live in?

Nintendo on the other hand is dominating PS and Xbox with ease. Regularly outselling them by 2-5x.

"PlayStation and Xbox have basically been wiped out there."

Even though playstation hasn't been doing so well there, Xbox has completely been wiped out there they can't even get to a million sales. I don't even know why they even try.

"I don't even know why they even try.

Because Phil likely has a long-term plan to acquire multiple major Japanese publishers....hence his several trips to the region. The goal isn't necessarily to sell consoles, it's to sell Game Pass. You sell Game Pass in Japan with Japanese content.

Unfortunately when it comes to discussions regarding Xbox, there's still people (not referring to you specifically) who are stuck in 2013.

Reason: basic math that takes next to no time to calculate. But since you've refused to do so [for months; Logic totally should refer to you specifically]: It's tripled sales of the previous gen in less than 25% of the time.

Japan likes mobile gaming and The Switch is the only one of The Big Three that does it.

Maybe someone already knows but how did Sony's handheld fare over there?

PSP sold over 20M and PS Vita sold about 5M.

The PSP did well, but the moment they realized the 3DS was going to win over the Vita and that people didn't want to buy their overly expensive proprietary storage, they basically dropped it then and there.

Nintendo have Always dominated Japan, who can ever forget the Famicom and Super Famicom domination.

Captain obvious to the rescue

Japan will remain Nintendo-dominated. Sony and Microsoft gotta fight over whatever remains.

I gotta agree with this.

Bigger presence... Any kind of comparison with Nintendo... Can't stop smiling. Damn... Selling 3 times almost nothing is still nothing....

The Xbox narrative is sad. I am starting feel genuinely bad for them. This has to be a sore spot, basically sucking in every market. 3rd place is last place and last place sucks.

Why would you feel sorry for a corporation that is making tens of billions of dollars every year in gaming?

Nothing to feel sorry about there.

Tens of billions of dollars made from the gaming division....lmao , where are you getting these made up numbers, xbox division is being held afloat by MS money not gaming profit.

I'm getting them from the official FY22 earnings report:

Sorry Orchard I can't play with you. Try someone else.

@ orchard Why would you feel sorry for a corporation that is making tens of billions of dollars every year in gaming?

Nothing to feel sorry about there.

"Why would you feel sorry for a corporation that is making tens of billions of dollars every year in gaming?"

Profits vs revenue aside, point taken.

I feel more sorry for the devotees who have tirelessly worked the internet as unpaid public relations volunteers spinning narratives that have been ineffective for 20 years and counting.

You feel bad for them for earning hundred of millions of dollars in gaming revenue each year?

They are still last place. As far as I know, corporations usually don't strive to be the loser.

Is Gamepass a last place subscription?

what is this delusion !? please go ahead and show the numbers.

Sony has been Americanized while Nintendo has stuck to it's roots which seems to be a big difference in the Japanese Market today.

This could be a headline from any time in the last 20 years.

It's important for Microsoft to be seen as being successful eventhough reality paints an entirely different picture. This is why the hide raw sales data.

Agree 1Disagree 0
▼✖-+
SPAMInappropriate
Show all comments (59)
The story is too old to be commented.
30°Fresh