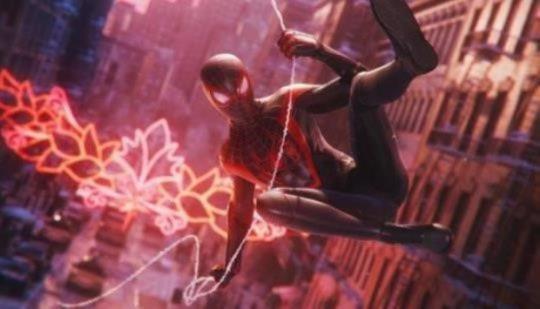 Marvel has no plans to build a video game MCU, which will allow developers to run wild with Marvel video game ideas, and that's a good thing.

Well, it's true what the article says. The MCU wouldn't work without the movies having continuity, but let's be honest here. The best Marvel games that have come out are the Spider-Man, and Guardians of the Galaxy. GotG was mutiplat, but Spider-Man was PS only, but it was the best marvel game in years. But, the problem is, the best game in years was exclusive to one console, and made by a company that's owned by the evil Sony.

Now that Sony owns Insomniac, the company is locked down to Sony and PC, so a GMU wouldn't work, because of that. It would be interesting to see what Insomniac can do with a Marvel world of their own, but that wouldn't be fair to the other consoles at all. Only reason Spider-Man can be exclusive is because Disney went to Sony to make a game, and Sony had Insomniac to make the game, and they knocked it out of the park. It;s only right to give other companies a chance to make an awesome game for all platforms.

With that said,I hope Wolverine and Spider-man actually are connected in some way, because honestly Wolverine has been not only my favorite xman but my favorite anti-hero since I was a kid. I know Insomniac is going to do right by Wolvie. I'm looking forward to see what other companies can do with the Marvel properties.

Knightofelemia57d ago (Edited 57d ago )

Sony and Disney hashed out a deal to have Spiderman added to the Avengers movies Sony holds the film rights to Spiderman and characters in Spiderman. Hence why Morbius even though its shit was made by Sony Pictures and why Venom was also made by Sony Pictures. And in that deal between Sony and Disney to have Spiderman in the Avengers movies Disney most likely gave the game rights to Spiderman to Sony in that deal. As for Wolverine Disney probably saw how good Insomniac was with Spiderman and gave the game rights to Sony or Disney is most likely testing the waters with other Marvel characters and see how they fair in a video game.

Movie deal is completely separate from the video game deal. Insomniac chose Spider-Man when Marvel approached Sony to do a Marvel game. The character who the game would be based on was open. Insomniac could have chosen anyone, it just happened that they love/agreed on Spider-Man. I wouldn’t be surprised if Marvel did the same deal with Wolverine after the success of both Spider-Man games; allowing Sony and Insomniac to choose another character to make into a game.

Why is Sony evil? And what makes them more evil than Nintendo or MS? Why is Spider-Man being an exclusive a problem? Is it a problem that Marvel Ultimate Alliance 3 is exclusive to Switch.

Marvel approached Microsoft with the idea of having MS publish a single player Marvel game. Microsoft refused to focus on its own IPs. Sony was approached after and agreed, Insomniac chose Spider-Man, out of any Marvel character, and the rest is history. Nothing evil about Sony here. It was a business decision that could have been Microsoft’s.

Spider-Man himself is not exclusive to PlayStation. Only the Insomniac game.

I hope that all Marvel games have no connectivity. The focus would no longer be on the characters, but instead it would be on how they’re integrated into a universe arc and who’s next in line to show up. I’d rather that stay in the MCU and leave character driven story telling to the games.

Exactly Sony only owns the move rights to spider man.

Game rights are up for grabs completely, as you mentioned Disney went to Ms first to make it and they turned down the opportunity, Sony and insomniac took it and smashed it out of the park.

I’m glad. I’m so over interconnected everything and universes.

The JRPG Genre's Biggest Problem Is Hindering Its Potential