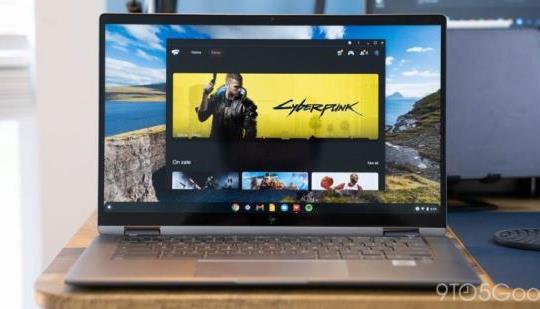 Google is rolling out a new desktop UI for Stadia that brings greater prominence to titles in your library and more.

You know how development works on this stuff. You keep working on what you're working on while the upper management pops out within 1 week announcing all the work you've done doesn't matter more but "Good job! It will be appreciated for a whole 4 months. Maybe we'll even use some of your concepts on Youtube."

Yeah I know, I was just joking around :P This has also obviously been in development for a long time.

And yeah, anytime I've been on a project that got canned, we were working up until the improptu company-wide meeting, followed by the PR about an hour later.

From what I read on the Stadia subreddit, the meeting to let most staff know was today. Must have been a shock to many internally.

You know Google is blaming Microsoft right? It's actually shocking to hear Phil Harrison say that

That article is 1.5 years old. They aren't blaming the Stadia service shutdown on Microsoft. But why would it be shocking to hear Phil Harrison say that anyway?

To be honest, no one is to blame for Stadia's death other than Google.

Are we witnessing the first body hit the floor? Time will tell. Either way I find it interesting

If Microsoft buying Zenimax did indeed kill Stadia, then Stadia was doomed from the beginning if the entire house was bet upon one publisher, which would be a very naive move. You can guarantee Sony and Nintendo aren't going to shutdown services or stop producing hardware because Zenimax games went exclusive.

@CaptainHenry916. So you have the head of Google Stadia expressing that Microsoft damages competition, and the head of PlayStation. Maybe they’re right, maybe they’re wrong. But instead of people discussing this automatically jumping to the defence of Microsoft like it’s their friend, the fact that there has been two major companies expressing this sentiment publicly by executives at the highest level means they feel they have good reason that bears investigating.

Please join us for the Launch / Farewell Party this evening

Is it in the parking lot out back? With flammables and/or shotguns?

just in time to shut it down?

If only this update came out a little sooner. It could've saved the whole service.

With this new UI change, now is the best time to jump on board to Stadia

UI wasn't holding Stadia back, not sure why anyone would try it now.

Nonsense, with a new UI, the gaming experience becomes even richer especially with the many exclusives Stadia offers it's players at a low entry price.

you know... I think I will hook one of my stadia units up and actually give it a try before its bye bye bye

i guess they got it done before google dropped the bombshell on it ha.