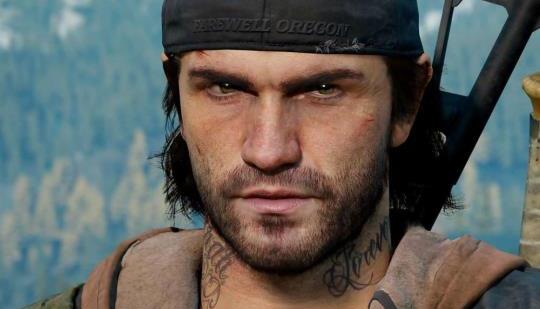 Days Gone 2: We Really Wish There Was A Sequel

If you’re a PlayStation fan, you’ve probably heard about Days Gone. And if you’ve played the open-world survival game, you’re probably wondering why there hasn’t been a Days Gone 2 yet. Well, you’re not alone. A Change.org petition for a sequel launched in 2021 now has close to 180,000 signatures. Sadly, Sony still hasn’t greenlit Days Gone 2.

Adhttps://store.steampowered.com/app/1488200/Symphony_of_War_The_Nephilim_Saga/?utm_source=n4g&utm_medium=native&utm_campaign=sow_n4g_native&utm_content=png
- Comments (37)+ Comments (37)
TopNewestOldest
Expand all
The story is too old to be commented.
61d ago

I would love a sequel to Days Gone it's one of my favorite titles Sam Witwer is a good actor.

He played a good starkiller in force unleashed.

Just as great in days gone.

I personally had no issue with Day’s Gone. It was an excellent game with excellent game loops. It’s environmental setting was great to. Motorbike mechanics brilliant. Always challenging & authentic to its setting.
I expect the TV series will be better than TLOU series

Yeah, those motorbike mechanics in general felt so darn good. Bend really nailed that to the T! I hated running outta gas or damaging my bike, but it was a nice mechanic and welcome challenge, having to be mindful and careful of what I was doing haha.

Easy platinum as well. Loved every minute of it.

IMO the game suffered severely from being open-world and exploration wasn't rewarded at all. Days Gone would be a 10/10 for me as a linear semi-open game kinda like TLOU2, Metro Exodus or Gears 5.
For example, I went into one of the towns and there was a building you could only enter via shooting a fire escape ladder. When I entered the building there was nothing inside because I was supposed to get some item here during a mission later on.
Second example is the huge horde in the sawmill. When you kill the horde before the story mission than the climax of the actual mission is pretty boring.

I'd buy a sequel. I loved the first one and thought it was unjustly criticised

The media ganged up on some superficial issues that they had.

I loved Days Gone. Issue is it was a little rough on release. But so was Witcher 3 (not comparing the two btw) it's a real shame there won't be a second. Loved the hordes

Would love to see a Days Gone 2. Great first game. One can hope. Jim Ryan should green light a sequel.

My number1 game last gen, fantastic game with over 300 hours with 3 playthroughs.

Playing the original on pc and it looks and runs great. My only gripes however is that the characters and story are uninteresting. Gameplay is fine for what it is.

It’s frustrating because this game was really fun and didn’t feel ridiculous with all the open world busy work. They gave you chunks of things to do as you progressed and opened up other areas.

I really enjoyed the entire game. I think it got a bit of a bum rap due to some SJW reviews (go watch the Gamespot one for an example) and it sort of got political for whatever reason. I honestly can’t think of anything that was misogynistic in the game, but whatever.

Sony dropped the ball on this one by giving up on the IP, in my opinion.

You're not alone. I would love a sequel. Sadly I don't think we'll get one.

Kinda off-topic, but I'd also love to see a sequel to (or remake of) The Getaway. The setting of TG3 in Amsterdam and London looked great.

The getaway 3!!! Man I would love that soon much.

Even with there flaws I loved the first 2 games.

A multiplayer Days Gone is exactly what most of don’t want and that’s what they pitched .

An upgraded version and continuation of the first game mechanics and weapon wise I do want . Story wise they could go whatever route they want .
It was really good once you got out of the beginning being weak and lacking weapons and a bike that doesn’t break down or run out of gas quickly. But that was part of what made it good . struggling in the beginning and slowly becoming a badass.
You’re not supposed to be Super killer day 1 and I understand the progression and appreciate it now after getting the plat for the game .

I wonder if they pitched it without multiplayer if it would have had a better chance ? We won’t ever know but I do think it will come back sometime and possibly after this next game they make unless whatever they release is a huge hit then it may take a backseat for sometime .

I just replayed Days Gone. Finishe it last weekend. Good game. Had some issues sure, but it would have been a great foundation to build on for a sequel. Such a shame PS abandoned it. Still can’t figure out why. If sold just as well as some other games that sold around the same amount. And I understand critically it wasn’t the best, but it has a solid fan base. And if the things people complained about were addressed, then there’s no reason a 2nd game couldn’t have done better.

Played through it 3 times.

Beat all the challenges.

It was a solid 7.5/10 game to me, not a masterpiece, but also not a bad game, would definitely wanted a sequel.

Having them try making a different game before going back for a second one is not a bad idea though, good to explore more as they are still new.

Lesser games have gotten a sequel. This one definitely deserves one.

if they are worried about pouring $ into it run a kickstarter campaign!!! i'd back it all the way, loved days gone, a real gem for me

I wonder if Days Gone will be one of Sony's live service games. May be too similar to the Last of Us in that regard though. Maybe that's one of the problems, they don't want to go over the top on the zombie/post apocalyptic side of things at the moment. They may follow up the Last of Us discourse with a Days Gone sequel?

Id love a sequel I thought the game was fing awesome. I bought it at release started it literally for about an hour. Life issues happened and I never got back to it for about a year and a half later. I remember reading about people saying it was broke or needed updates though. Yea well so does every single open world game out there along with most games these days.

While i was playing it I thought a few times I gotta be near the end and then bam more to play. I loved that. I feel they could of done better sure but it was a pretty good go for not having done a console game since I think like a syphon filter or something.

To the person above complaining about being open world if they made it linear wouldnt you just have another last of us. I enjoyed the open world it was nice. I actually think I platinumed the game.

Imo if they pitched part 2 to sony as a multiplayer game im kinda glad sony shot it down. Id hate to see that happen Id prefer they keep it single player, not everyone wants to play with other people. Fallout 76 for instance I lost interest in that immediately after it was announced to be online. Still tried it cause it was free. Doesn't seem to bad just dont feel right. When I read multiplayer I automatically think micro transactions.

Days Gone is a shitty game that somehow became THE game of disgruntled internet trolls. I don't get it. The writing was terrible, game play was boring, and it released in a horrible technical state. Then again, I wouldn't expect good taste as a quality of quasi-nazis. Nobody cared that the dude was a white guy, they cared that the game wasn't fun. Get over it.

Video Game Sequels That We Need