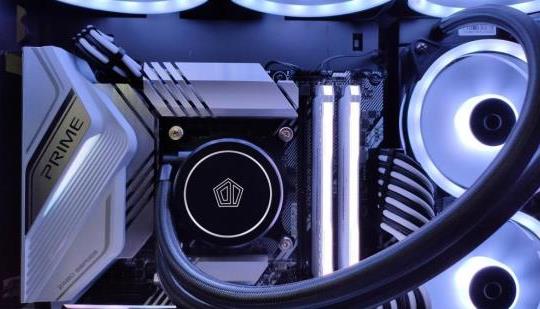 Are graphics cards and other gaming PC components becoming too expensive?

NVIDIA says that the days of performance doubling and prices coming down are over. Are we reaching a point of no return in the computer components market? Will prices ever come down?

YES. Just over 2 years ago $300 - $400 could easily get you a solid mid-range gaming PC on the used market, and with some serious looking around you can net similar performance for a $500 new PC.

As of now, a new PC's GPU budget alone can eat up $300 - $500, and you're lucky if that's truly mid-range as time goes on. The flagship cards like the Titan and 90 series GPUs have always been overpriced and very niche, but the cost of GPUs, in particular, have jumped SIGNIFICANTLY across the board. There is no low-end anymore, only used GPUs (and maybe Intel and to a slim extent AMD). There used to be $100 - $200 GPUs that offered great performance AT LAUNCH. It took AMD 2 years, and a separate company to turn the RX 6600m laptop GPU into a barely sub $200 GPU on Aliexpress. The lower-tier GPUs from AMD and Intel are below RX 570s and 580s.

CPUs are slowly going up, and thanks to the platform migration to DDR5 and newer motherboards PC, new PC build are among the highest they've been in a long time. Thankfully the used market is settling back down to reasonable prices again, so you can make some great PCs using eBay and maybe Marketplace.

They saw what people were paying during the pandemic and just made it the standard. Can’t wait for these cards to be marked up double to triple of their MSRP now and they raise it again

I don't think that's going to work for NVIDIA, in the long run, this time. NVIDIA had a perfect storm last time. Extremely high silicon demands with low inventory yet high consumer demands. Miners buying GPUs at any price. And Gamers who sold their GPUs in anticipation of the RTX 3000, but didn't expect inflation and were stuck paying high prices for a RTX 3000 or buying their used GPUs at prices much higher than what they originally sold theirs for.

A large percentage of miners are gone, and most PC gamers aren't going to be duped twice. There will always be the enthusiast, but the largest group of buyers are the 70 and 60 series who are used to $200 - $400 prices, and the leap in performance is entirely based on DLSS support whether DLSS 2.0 or 3.0, otherwise, Raster is around 60%.

Let then charge whatever they want and left them stay on the shelves (AMD too if they get greedy) I'm not paying £$1000+ for what should be a midrange card.

BehindTheRows71d ago (Edited 71d ago )

Regarding TITANs/90 series - nah. $1000-$1200 used to be the most one would pay in the 2010s and the cards were well worth it (I’m a 90/TITAN buyer all the way up to the 3090 Ti). Outside of TITANS V, Z, and RTX (which were never meant as consumer cards anyway), those cards never saw the ridiculous prices we have now (even considering inflation). THESE days, they’re overpriced.

The prices are crashing now with Etherium switching from graphics card mining. I have the most power graphics card i have ever had now.

Me too, but that's because I paid a ridiculous price for it during the shortage. Got some good gaming out of it, though, and it will last quite long, so less hassle with selling the old one and buying a new one etc.

I got a 3080 ti for 734 its not the lowest cost i could get it but when the scalpers steal all the 4000 cards the price of the other cards will go back up.

Most of the graphics card I buy "Fell of a truck" and with inflation I'm paying way to much for them as it is from I guy I buy it from. So yeah graphics cards have become way too expensive. There needs to be laws passed that can force these graphics card companies to either sell them very cheap or be put out of business by the government.

Off topic but why so quick to give govt that much power?

PC gaming becoming a boutique hobby. Prices going up across the board for all things.

Well, my neighborhood isn't being bombed by Russia. So I guess things are alright.

I know guys at work that paid 1500 dollars for a ps 5 the last few years on ebay thats a whole pc they could have bought.

2k after they pay to be able to play their games online that generation lol.

AMD for me going forward until Nvidia stop being jackasses.

My first PC built was truly high end, and the entire thing only cost me about 1200 ten years ago. Now they want that just for the card.

Amd Needs to match the ray tracing performance they are way behind im stuck with a 3080Ti until amd catches up.

No they've always been expensive especially if you wanted top of the line gpu. There has always been options as well for different budgets. Nothing has changed.

@madlad But it's a 4080....I dunno iam just saying for me technology was never cheap whether we pay more today or not is debatable. I remember the crossfire cards I found expensive back in the 90 but thought it was a big deal to have dual gpu and paid up.
Iam just not surprised by the cost of pc components at all. It is what it is. As long iam able and enjoy what comes out of today's tech I don't plan to let the cost deter me. At most I'll just try to find a good deal. Remember they still license out the tech to different companies. One might sell it for 1500 another for 1000. Also we have to consider the power in these cards today is massive. Is it fair? Probably not. But as gamers it's the price of entry and I'll be damned if iam left out of progress

I'm just done supporting these companies who constantly try jacking everything up, and then see if people just follow.
Because a few years down the road, if that worked, they'll just do it again.

I used to laugh at people who said you need 2k or more to have a solid gaming PC. Now it seems that's the future Nvidia wants.

so are you saying that say double the power should release at the same price a year later?

And people still complains about series x and PS5 being 500 DLLs when they have great GPUs, CPUs and even way better storage than most PC. For a fraction of the price.

This is new, and Nvidia being jackasses and trying to sell, directly, at scalper prices.
Hope it bites them in the ass.

They basically doubled what they used to ask for.

Also, with consoles, factor in basically the cost of the console, itself, just to play online and without any of the agency you get when playing on an open platform.

Consoles aren't cheap by the time you get to the end of the generation. They just found sneaky ways of subsidizing the actual cost of the console.

F nVidia! The moment they labeled the 4070 to 4080 12GB just so they can justify the price is the moment everybody should just ditch nVidia altogether and let them flop so they would know that people are sick of their BS!

Thanks for pushing me to AMD for the first time.

FinalFantasyFanatic71d ago (Edited 71d ago )

This is mainly just Nvidia not having alot of competition and being scummy like they have done in the past, look what happened to the CPU space when AMD/Ryzen become competitive. Some stuff like hard drives are coming down in price, I don't know what the RAM situation is like now though, so not everything is sky high.

If we are talking about the last few years? Yes.

i feel like they've always been a lil expensive, but the prices have skyrocketed over the last few years.

They saw people paying scalper prices out of necessity.

YEP , And they expect us to still pay a high price for a two year old GPU.