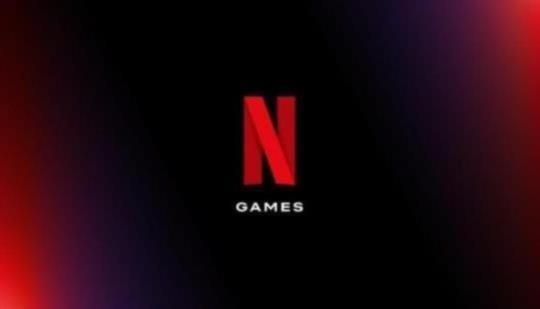 "Today, I’m excited to announce that we are establishing an internal games studio in Helsinki, Finland, with Marko Lastikka as the studio director. This is another step in our vision to build a world-class games studio that will bring a variety of delightful and deeply engaging original games — with no ads and no in-app purchases — to our hundreds of millions of members around the world.

Why Helsinki? It is home to some of the best game talent in the world. This will be a games studio that we build from scratch, and our second games studio in Helsinki alongside Next Games, which became part of Netflix earlier this year. Along with Night School Studio and Boss Fight Entertainment, these four studios, each with different strengths and focus areas, will develop games that will suit the diverse tastes of our members.

It’s still early days, and we have much more work to do to deliver a great games experience on Netflix. Creating a game can take years, so I’m proud to see how we’re steadily building the foundation of our games studios in our first year, and look forward to sharing what we produce in the coming years. "

Lol. And no one thought twice about this..

Regardless I am inspired by "no ads and no in-app purchases". This is a win for everyone. Some want us to pay subscription fees to play games packed with MTX.

Well all the mobile games they have released so far on netflix which is about 28 are microstransaction free about 3 I play at most but they have a fair few genres covered.

I think they deserve some credit here. They've made/published something like 25 exclusive games I think, and less than 1% of their subs have played any of them. At that point most other companies would just cut their losses. The fact that Netflix is not only continuing but expanding their games business is unusual and at the very least shows commitment.

Probably because their investment and growth strategy isn't to just go after large 3rd party publishers to entice gamers to their platform by making popular multiplat franchises exclusive to it.

Now it's time for Netflix to buy out Capcom and SquareSoft and Nintendo.

The fact they call it in-app tells me it will be mobile most likely.

Alternatively will the games be accessible in the Netflix app itself? Will they just be under a new tab? Will they be playable in all versions of the Netflix app or will there be a separate launcher on mobile/PC/console. Also will Netflix leverage it's compression tech for streaming?

Game Pass will be/is an app for new smart tvs. Does that make the games you play on it invalid?

The part about mobile that sucks though is the advertisements and in app purchases. I wouldn't mind more high production mobile games that aren't trying to exploit it's users. Netflix released 'into the breach' on mobile a few months ago, it's fantastic on the phone. It's on the iphone and android stores, you need to be subscribed to download it.. otherwise plays just like any other mobile game.

I suspect their new games will work the same way.

After Amazons step into gaming, I doubt Netflix will be much better

Maybe they learned from their mistakes, maybe not, but more competition is always better.

I agree. More big publishers could push some new investment to smaller developers. At this rate all major publishing will be done by EA, Sony, Microsoft, Tencent, Embracer and Nintendo.

Wonder how many people will drop their subscription like they are doing with the movie side of Netflix.

The games are part of the normal sub , they aren't losing anyone really besides the people that were too cheap to pay for an account anyway , nothing of value was lost.

Uugghhh...wouldn't waste a second on a Netflix game.

As long as games are proposed with a separate subscription I'm fine. I use netflix to watch content, not to play games.

If I can buy and play their games on Playstation, and just see a Netflix logo at the beginning then yes, all power to them.

If on the other hand games need Netflix acc, subscription, streaming platform than NO!

I do believe they want to make their own Netflix gaming platform and don't give 30% to Sony, or anyone else so...

They’re streaming only, so no.

I'd rather they just use their resources to make pornography.

Fingers crossed this will turn out well, new games are always good... just don't do a Microsoft and start banning gamers from multiplatform publishers.

Good luck to them but so many companies don't treat the game business seriously enough (looking at you Google) but hey, let's see how it goes

Agree 0Disagree 0
▼✖-+
SPAMInappropriate
Show all comments (27)
The story is too old to be commented.
40°