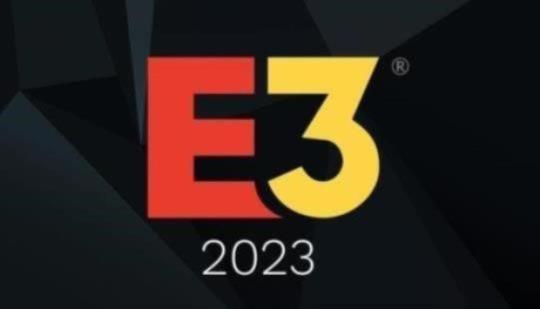 E3 2023 was previously said to be returning for 2023 after skipping its annual show this year, and the final dates have now been announced.

Good for them. I like E3.
It's much better then those lame online gaming conferences we are getting nowadays...

both have it's advantages. one costs more for company than other but I think hype is still generated through online events (in my humble opinion).

This announcement is amazing for Xbox because people have been waiting for an amazing show for Xbox at e3.

@_SilverHawk_
Indeed, waiting for E3 is something deeply connected to Xbox and the endless wait for games. Looks shocking, but soon Xbox "waiting for E3" might be over end games may actually exist !!

I don't care how much it costs. No e3 killing the industry. Fat less exciting than these random short useless conferences

E3 is not the spectacle it once was. It’s literally on par with the VGAs now.

Yeah, the VGAs aren’t all that.

For most non press individuals (99.9% of us), E3 has always been online presentations

Yes, those years were AMAZING and unforgettable… Can’t forget that 2005 KZ2 trailer 😅

I’ll add, 2009’s E3 left me in disbelief, because of Uncharted 2’s building collapse demo🤯those Naughty Dogs, giving us a glimpse that they weren’t messing around with that sequel haha!

And that epic orchestra at the beginning of Sony E3 2016 conference, only to surprisingly reveal God of War for Norse Mythology Wow 😯 the crowd went bananas!!!! I miss that excitement you can only get on stage!!!! It’s never the same online never!!!

I would LOVE a return to traditional full fat E3 week.

@Ashunderfire86
Yes!!! That moment back in 2016 for God of War…goodness, it was spine tingling and mind blowing, having that live orchestra start up the reveal to God of War’s return/reveal (as you mentioned) I know we’ll never forget it haha!

And I won’t lie, those live stage demos at E3, there’s something special about them, there really is, no question, that the online State of Play doesn’t offer. However, I still love the demos they’ve shown off on those shows before (like HFW and Spider-Man MM) both amazed me.

Uncharted 4’s E3 demo “Sam pursuit” with the gameplay of Nate and Sully walking through the crowd of people, seeing the silky smooth animations for both characters, the stunning graphics on display, than to see the firefight brake out right in the town market, nuts! Than the jump from the building into the jeep which leads to that EPIC downhill chase, as Sully and Nate banter as usual lol, with classic lines of dialogue play out between the two, chickens cluck as you tear into the fields near a farm house, and than attach your hook onto the back of a truck to hold on for your life…

Sony and their first party studios have really brought it with their live demos at the stage for E3, love that! But man, even years before those we mentioned, were just so classic and special. But yes, these were as well.

The E3 2006 teaser trailer for Halo 3 is still my favorite to this day. Big reveals just have more impact when you see them done at these events. The crowd reactions just add to the weight of a strong reveal.

@darthv72
I remember that teaser trailer…”This is the way the world ends…” Halo 3. The music, MasterChief, the view/ships in the sky, all added to it.

I don’t disagree, the crowd, the reactions from them, like when The Last Guardian was finally being shown (with a release as well) for PS4) man, that was such a beautiful moment for gamers who’d waited on PS3 and than it didn’t arrive, only to see it was alive and well and coming to us later that year.

Plus, when people have recorded at E3, and you get neat videos updated to YT of theater reactions and you just sense it all the more, the love, electricity and passion for everyone in the theaters, screaming for joy over their fav games, it’s special. I hear you and Ashunderfire. I personally prefer State of Play, with how they’ve been done overall. Butt again, I don’t disagree.

I absolutely agree miss those moments of E3 live. An I am glad I went to E3 3 times! Went to the event every other year, with my game design classmates, and my teacher who was an Indy developer! I had a really good time playing those games like it was an Arcade stadium! A lot of YouTube influencers, game developers, and people in the movie industry was there. Even Kanye West 😂 was playing Mad Max yup he is a gamer despite being a controversial dude. I saw Mini Me before the actor sadly passed away. A lot of this stars were gamers. I took pictures with Nolan North voice actor Nathan Drake Uncharted, and had a good conversation with Troy Baker about Infamous Second Son an talking about his mocapp work for the game. I truly wish I saw Shigeru Myiamoto for Nintendo booth, but that was way too overcrowded wow 😯 Saw Reggie walk pass though he is tall asf though!

An for the haters that disagree don’t understand how great it is to see E3 live compared to the generic online space.

About bloody time. Good to see a proper E3 back.

Honestly I don't think E3 will ever reach the old greatness.

Sad but true.. to be fair, it had been watered down for several years before the pandemic though. I'd love to see all of the big 3 back on stage at E3 again someday.

Yeah, I don’t think it will either…but I’m glad we got to experience E3 in its real greatness back then. Such special times, I loved seeing XPLAY cover E3, having Adam Sessler and Morgan Webb cover all things gaming, seeing the looks of genuine excitement on their faces when they’d interview game devs, see reveal trailers etc. Loved talking about E3 with my friends during those times.

Announced, yet everyone is planning on CES and GDC. No one but gamers and media care about E3 anymore. They finally gave industry what they have been asking for since 2005 (the last year of decent industry tech, workshops and when the expo really began going down hill) separating industry and fans days, this is how ‘tad’ too late unfortunately (Almost two decades and they got worse). And 2006? this is still the best description:

The ESA choose these irrelevant clowns over actual creative industry people trying to conduct business at an INDUSTRY CONVENTION tailored for them. Instead some guy/girl who works a cash register and likes to talk about video games, now shares space with people in a totally different league and purpose. Asinine.

So yeah, there is that. And a big reason E3 is a no-go for so many now. It’s not in best interest for anyone big or small funding out a multi day convention when it only serves interests that can be fulfilled online or on someone’s platform of choice. Don’t expect much.

E3 miss the boat on 2022. Am sorry but that event is dead to me and I hope the community will do the same to show them they are form the past. State of play do 10 times better than E3

I just want to see gameplay, no influencers, and interviews with hard questions, especially dig into the gambling and micro-t's aspect of gaming.

Xbox will give a seemingly good presentation but then the games never will come out . Perfect Dark , Everwild etc we’re shown years ago and still aren’t a thing .

It’s smart of them to have two distinct areas now. One for the industry and one for the public. It should make things a lot easier for those in the industry to make contacts. Glad it’s coming back

It has its pros and cons. E3 gives us stage demos in real time. I know they get all embarrassed when the games mess up or don't work like they want but I never minded it because it was all real plus I notice the final product was solid despite E3 mishaps. Plus I don't wanna slog through talking suits I rather just get to the games.

Wait to wait for E3!

It would be cool if it was like back in the day but without Nintendo and Sony it won’t be very good . It will end up being a long gamepass ad and that’s the last thing I want to see .

Used to love E3, was like a Christmas in the summer for me, it did get stale though. Hopefully they can bring it back eve better than before though.