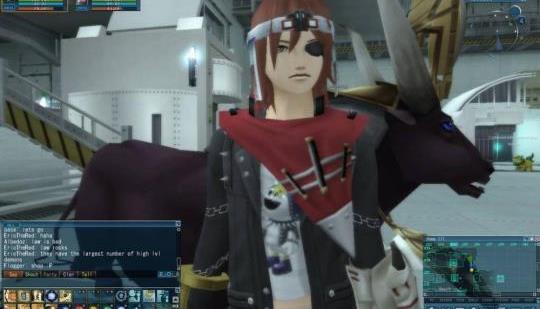 From VGC: "As spotted by Twitter user ‘Marsh’, the lawsuit was first filed in December 2021 but has recently progressed to the point where defendants behind the fan-made ‘REimagine’ project have been summoned to appear in court.

Imagine Online was an MMO for PC set in a post-apocalyptic Tokyo, which had players exploring locations and completing quests in the hunt for loot.

I’m not a copyright expert or know the law, but what’s the harm of resurrecting a work that no longer brings any form of income to the publisher?

Atlus kind of comes off to me like Nintendo does.

I see your point but they don't own that so it doesn't matter in the end. Maybe they'll have something in the future?but I doubt it. Did they have to go to court tho? lol. Like did Atlus even ask to remove it before doing this? probably right? This is not a hill i would be willing to die on lol. It's just the fate of these types of games.

Well, its a matter of precedent in usage of your copywritten intellectual property. It also opens itself for use or interpretative representation of your works or property in a way you didnt approve of. Like imagine you were a model and you made money on your face and you had your own magazine and your own cologne line.
You retire and a couple years later I begin to print my own magazine using your name and image and put
whatever I want in it, and you have no control over it. I dont charge for it but I distribute it under the same
name and with the same cover and market its mailing to the same subscriber base.
And I re-release your cologne with your name and image but it smells like whatever I want it to smell like and
not like what you want it to smell like, youve got no control over what it smells like and what smell is
associated with your image and name, Im just using them... hey you arent selling it anymore so i should be able
to do what I want right?

Thats really what it comes down to... fan made game with content, quality control etc of a FAN creation level,
being too closely associated with the brand in which they invest a lot to put out a certain image, or keep lore/canon a certain way, or to keep quality standards and current offerings a certain way- and they want control.

I do agree from a perspective of it probably being a labor of love and Atlus should to some degree take
it as a compliment but Atlus is also a company and fans dont own the IPs, atlus does.

If tomorrow I release a movie based on a modern book that isnt public domain and I use the characters, names, places etc and I do not get permission its going to be treated the same way. It happens every day. People like to villainize these companies but fair use only goes just so far.

I personally hope it gets resolved peacefully but remember at this point Atlus has now incurred god knows how much in legal fees trying to get this sorted out. Its never fun.

Atlus isn't really bad...or good. They're just....odd which is why I get frustrated by them lol. They make too many weird decisions and such.

there was money involved.

i also think if slmeone is actively using your stuff without you knowing .. you know.

They were selling the game?

The article states fan servers have been used for other MMOs without incident.

I understand taking someone to court for making money off your product, but just simply creating a server to play a game that no longer is playable or brings the company money seems harmless. I don’t see any sort of distribution or use of the IP to profit the third party mentioned in the article.

Literally, it sounds like they made a server to play the game. Also, wasn’t this a free to play MMO?

It just seems incredibly sh*tty to sue over this.

"The complaint alleges that the owners violated US copyright law by creating and operating an “exact copy” of the original SMT Imagine website, distributing the game for free, and operating a private game server without permission"

quote from a different article.

wether or not its shit, they want to protect their own ip, and that i understand.

I guess it’s just weird because of how the game was originally distributed and other companies aware of fans hosting their own servers to play their games. Activision was aware of this for people who wanted to play the earlier version of World of Warcraft and even had a positive reaction to it.

I guess the disconnect for me is what are they protecting their IP from exactly? I believe this game was already free to play like a browser game basically. I get the whole concept of “this is ours and not yours”, but I think in terms of game preservation it’s annoying because how else are you supposed to play it?

Try working years on something just to have someone steal it from you and possibly profit from it while at it. It’s not the money, it’s the stealing of someone else’s work that Japanese dislike. I completely agree with that. Digital and physical stealing is the very same, just like our money digital today rather than hard cash. I also would not want anyone to steal anything from me that I worked on, say a DIY cupboard or an old tuned car in a garage, which I don’t use today. It’s mine to decide if I give it away or not.

On a different note, I do support emulation to preserve the games and having a PC to play games you own in a way that can possibly benefit from the latest hardware, but then again, I get the Japanese point of view that it is interactive art and meant to be experienced in a certain. Remakes and remasters make this argument quite musdy, though!

Why would they care?
They closed it down. It's not like they were looking to make money off of it anymore.

Why is this everyone’s reaction? They care because they own the rights to it and have full legal ability to sue anyone who uses/manipulates/reproduces their products without permission. Everyone acts like that just because it’s no longer being used by the company that fans have full right to do with it as they please without consequences.

Because they no longer cared to make off this version of their IP.
They're not the ones paying to keep the servers up and, as far as I know, nobody is making money off of the hosting of the game.

The real question is why would a large company not only shut down, but sue dedicated fans over a game they no longer want to support and make money off of.

“The real question is why would a large company not only shut down, but sue dedicated fans over a game they no longer want to support and make money off of.“

The fact you’re asking this question shows not only you did not even read or understand my original comment but also shows you do not respect the fact that the owners reserve the right to sue whomever they want for misusing their product. This game isn’t sort of the free domain and still belongs to Altus.

It doesn’t matter if they’re making money or not. Its still their property and they can still do as they please with it. Fans have no say.

so by your anology, anyone else can and should make money off of it? thats not jow it works dafty.

Really if anything this should show Atlus that there are fans out there who love the game and show interest in bring back something the fans love.

Man, I love most Atlus games, but as a company they kind of suck. They have really messed up practices and policies.

Not letting people use their property for free or without persmission is not sucky policy it’s anyones policy and would be yours too . Gamers are sure an entitled bunch .

We’re they making profit or just keeping a dead game afloat? If they were making a profit that would be totally different.

Stupid people say why can’t people use their property they aren’t using it .
Well if you have a house and move out and nobody is using it are you going to let random people use it for free ? No , you would say get the f off my property . Same thing .
Digital or physical property it’s not yours to use unless you own it or get permission to use it .
They clearly just did this without permission and of course they get sued .

Wow kind of harsh. Did they even send a cease and desist letter first?