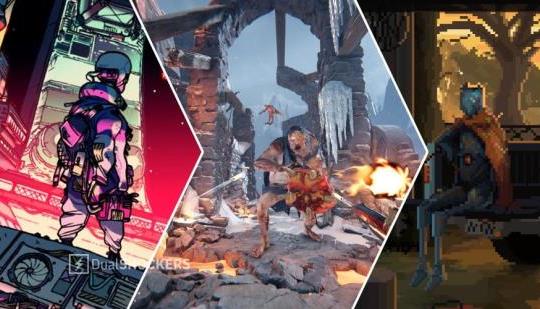 DualShockers Writes "When Game Pass first appeared, you’d have been justified in suspecting that the whole thing is just a great big frontend designed to suck people into Xbox’s first-party wormholes like Halo, Sea of Thieves, and Gears of War. But perhaps that’s a bit of a quaint and old-timey way of looking at things, because if there’s one thing Xbox has shown in the last few years it’s that it’s no longer defined by its traditional cluster of first-party IPs."

Adhttps://store.steampowered.com/app/1488200/Symphony_of_War_The_Nephilim_Saga/?utm_source=n4g&utm_medium=native&utm_campaign=sow_n4g_native&utm_content=png
- Comments (4)+ Comments (4)
TopNewestOldest
The story is too old to be commented.
62d ago

PhillyDillyDee62d ago (Edited 62d ago )

Its hard for me to even get excited for AAA games anymore. Theyre all either full of scummy monetization, uninspired trend-chasers, or both. IMO, indie devs have accepted the responsibility of AT LEAST attempting to do something new and creative to push the medium forward.

Gamepass Saved over £340 with an Average Review Score of 83%

Pentiment Wouldn't Exist If Not For Game Pass, Director Confirms