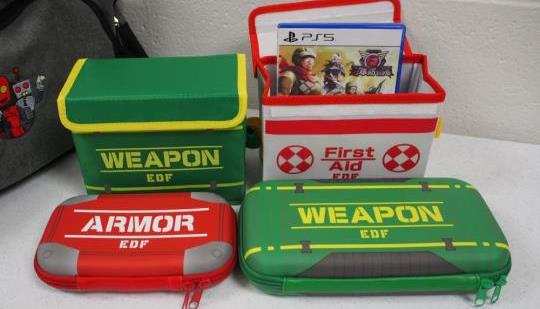 "Earth Defense Force isn't exactly obscure, but it remains a sleeper series in the gaming world at large. Earth Defense Force 6 recently launched in Japan, however, where it has outsold all previous entries. D3 Publisher has also released some choice EDF merchandise, including replicas of the items that every EDF player loves to collect: Weapon, Armor, and Health crates! These items are easily importable, and one of them even doubles as a ridiculously cool Switch case," says Co-Optimus.

Earth Defense Force 6 is out now, but only in Japan