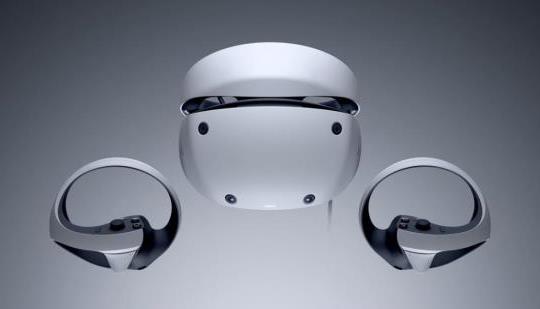 Meta Quest 2 has brought the VR industry out of its slump. Sony's Shuhei Yoshida thanks Meta for a "great job".

What did you say

Last thing was a question I asked him about the dualshock 4's touch pad before it got released. I think he got fed up from getting too many questions so he started blocking people, which is understandable I guess.

Lol well you sound like someone with thicker skin than most. Haha

“I don’t know if you have tried it, but when you try PSVR2 it’s truly a next-gen experience, which we are super excited about.”

Music to my ears.

I'm day 1 with VR2, but I ain't gonna lie it'll sell 15/20m at best.
It just sadly doesn't have the market yet which imo all comes down to the Devs not having the balls to make games especially the the big 3rd party Devs and pubs.

It doesn't have to be mass market. Just a great core market product. The product doesn't need casuals to run away like they did Wii and Kinect.

Oh I agree fella, it's just the Devs not having the balls is what I was kinda saying. 15/20m will be a improvement but I just don't want the big Devs to not support it is all.

ApocalypseShadow66d ago (Edited 66d ago )

Agreed. Some developers will just need coaxing. Because some companies will still sit on the fence. Especially with investors always involved with the big companies. Sony will need to show them how hybrid development can not only work, but potentially benefit their sales to an individual customer. Or, to both flat and VR consumers.

Sony would need to show how easy it would be to develop such a title. Or modify an existing title for less dollars but more profit.

We know companies like EA and Ubisoft wouldn't be willing to spend 50-100 million developing a VR title. Sega, Namco, Capcom, etc wouldn't have the funds or risk spending 25-50 million. Not without help. Sony needs to be hands on providing that help.

Good news is that you will see a lot of them anyway. Single and multiplayer VR games. RE8 is a hybrid. No Man's Sky is. GT 7 will be announced and will be a hybrid. NMS and GT 7 has multiplayer. Should be seamless cross play. Some of the announced VR only games will be announced as flat to keep player based up. The lines will be blurred. A game like Demeo can have a flat gamer dungeon master while everyone else is in VR. Or a mix.

Meantime while that's happening, Sony needs to go big with bringing over Alyx, announcing a Spider-Man game everyone wants as they have pulled the Spiderman experiences from the store. Announce another Marvel property or sequel. An Astrobot sequel game that can be played multiplayer like Mario and Luigi. And announce or bring back all the features that are missing for PS VR 2: 3D movie playback, a virtual home to invite others, a virtual chat, a virtual cinema to watch tv or movies with others, virtual concerts with others, etc.

Just hope the world economy holds up to see all this. It's struggling in places.

Couldn't have said it better myself fella

Half Life Alyx going to console is about as likely as them getting S&box, that is to say very unlikely, or very late.

PSVR in GT Sport is such a game changer. It's so hard to go back to flat screen after playing with a wheel, rig, and PSVR, even if it's just doing time attacks.

That still places it easily at the best selling VR headset of all time so far. Remember the SEGA GENESIS sold like 30 million and it seemed like everyone had them. If you sold 20 million in the USA it means one in every 6 US households - but we are talking about worldwide but still I feel like 20 million would be quite a lot for a VR set. AT THIS POINT in time.

Dam need to be quick as lightening when pre orders launch. Even then going to take some luck to beat out those pesky order bots. Sigh...

The path forward is Sony/PlayStation Direct. It's the most bot-proof out of all options.

Suck up!! All this is, is rich boy brownie points.

The reality of the situation is that the quest/2 has stagnated it and created a drive to push extremely lazy mobile like crap instead.

The ongoing movement and push for proper AAA games has now completely sank and is now reversing into the worst quality titles since its inception. With only the promise of PSVR2 to bring it back again.

Sony are doing well with their PSVR stuff. They shouldn’t be thanking META though. As they’ve single handedly almost destroyed everything that was built up.

That's a very insightful point of view. One I must say, I kinda agree with when you put it like that.

The proper oculus (rift) & HTC vive have still been bubbaling away in the background though. I hear psvr1 sold better than both of those. I expect psvr2 to do the same I suppose.

What he specifically thanked META for was providing a cheap option to get people into VR. Imagine a new market pops up but all of the options are premium priced ones? That's gonna stagnant adoption by itself. Part of the struggle was getting VR into enough hands for word of mouth to grab hold. No we are gonna see the rise again of Premium VR.

Another issue was providing a revenue source for VR developers to keep them interested long enough to expand the market.

I think Shu is just being humble. Only good things can come from that.

The Quest is limited indeed, but without it, VR would have been really quiet for the past 2-3 years. Those on Quests who have now got the taste for VR can look forward to PSVR2.

META are investing heavily into VR though and somehow seem to be deluding themselves into thinking it will transcend gaming, if I was Sony, I'd gladly thank them for blowing millions into something with delusions of grandeur while Sony reap the rewards by focusing on where VR will really shine, gaming.

Maybe I'm missing something but I don't see how meta VR/PC helps Sony and psvr2 in anyway.

Definitely excited for this one. For sure on my to get list.

The hilarious thing is facebook or "meta" somehow think they're going to attract attention from corporations.. because every exec wants to conduct VR meetings wearing a heavy headset. Smart move by Yoshida, thank the morons with bottomless pockets for promoting a piece of tech that has a niche appeal, a niche that will manifest best in gaming. I have a Rift and if they nail PSVR 2 ie: add the dual sense functionality into the VR landscape, it'll be a game changer and truly deliver a new level of immersion.

Speedgunner Ultra is a new platforming shoot 'em up on Xbox